I started the CS50 and am at pset4. I completed both the less and more parts for the filter app that takes an image and applies a filter to it. In this pset we need to write the filters code only(greyscale, sepia, reflect, blur and edges). The edges function should apply the Sobel operator to an image so that it detects its edges.

It works by taking each pixel and modifying it based on the 3x3 grid of pixels that surrounds that pixel. Each neighbour is multiplied by the its correspondent Gx kernel value and added to the sum. The same is done for Gy. the middle pixel is also included. In this case bmp images are used and are represented by a 2d array of values for Red Green and Blue. So we need to do the process above for all three colour channels. The new pixels get the value of the square root of Gx^2 + Gy^2 to a max of 255; Pixels past the edge should be treated as solid black (0 0 0 RGB value); 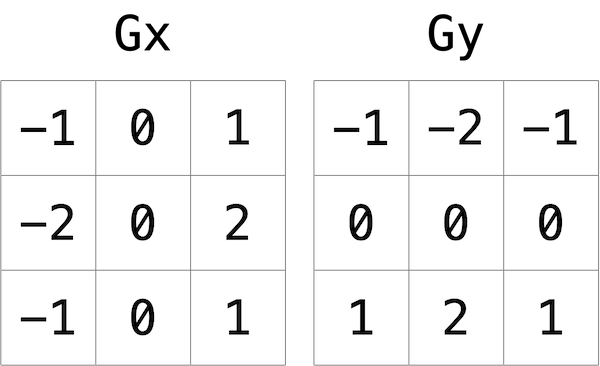 After 2 days I completed the task but I am sure my way is not the best way to do it, so I'm asking for some improvements that can be implement by a beginer.

Files bmp.h and filter.c were written for us and we are not allowed to modify them in any way. Code for the 2 files below.

I created the functions for the filters in the file bellow

If you want to see the effects of the edge filter: 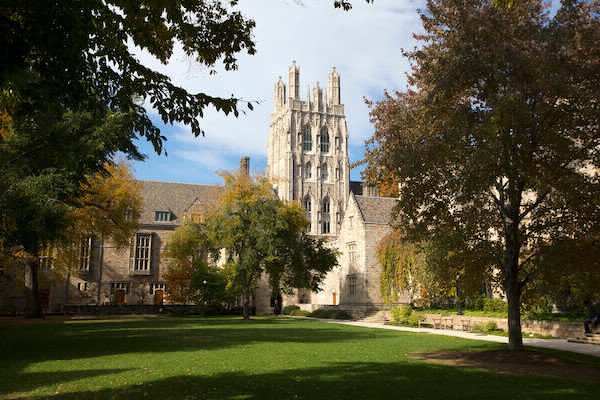 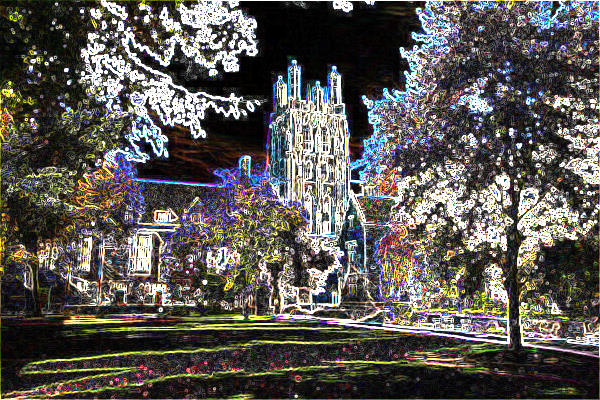 So I have 2 questions:

3.For the edge function I admit the padding with 0 on edges on a bigger array idea isn't mine and I found it on stackoverflow, but it wasn't implemented there, so I just used the idea. Is it a bad practice or something that is usually done?

Thanks you and sorry if unclear.

What a cool topic!

Here are my comments on your code:

Please post everything next time! You didn't post helpers.h, so I made my own helpers.h out of helpers.c and some guesses:

Hopefully I'm not missing anything! But this compiles, and even with -Wall -Wextra -pedantic there are no warnings. Nice :)

I tried the Sobel filter on a few BMPs. It seems to mostly work (yay!), but I got a segmentation fault on the large ish images I tried (few MB). That's because you do this:

This will take up a lot of stack space -- too much for my computer to handle. A better idea is to allocate your images on the heap. Look at filter.c for an example. You want something like:

This makes the big BMPs work! You'll also have to free this memory since it's being allocated on the heap.

In the function greyscale:

This way you avoid uninitialized variables, and you will never have to scroll up/down/up/down... while reading your C code.

Either way, if you're going to round average, you might as well make it an int and then call round once instead of calling round(average) three times.

In the function reflect:

How about making a function void swap(BYTE* lhs, BYTE* rhs, int size);? Then you can write

instead of 9 bulky lines of code.

In the function blur:

Same comment as before about initializing at the top of functions.

Same comment about stack vs. heap. This will fail for large images. Also, how about a better name like "blurredImage" or something to that effect. Most of your names are good, but it's a bad sign when you have to use a counter to distinguish your variables in human readable code.

This breaks my brain. Cognitive overload. No wonder you wrote "it took me way too long to make all the for loops work."

I think my brain blew while I read this because you wrote && r < height in the for loop's condition and then put if (r < 0) in an if statement. You didn't separate concerns well enough.

Your first concern is to find i and j.

Your second concern is to find how far from i and j you need to stray.

And your final concern is to avoid going out of bounds.

How does this look?

I think this is relatively easy to read.

Some would argue this is less efficient since you'll run through all the col values when row is out of bounds. Don't listen to these arguments though -- the compiler can hoist these checks for you (at least Clang 10.0.0 with -O does this). As a rule, write the clear thing and only optimize manually if you have to.

I could probably rewrite the function using the 0 padding as well, like for the edge one but this seems cleaner.

I agree that in this case it's cleaner not to use 0 padding. How could you figure out count if you use 0 padding?

You basically want to do image = image2. This can be done more elegantly.

First idea (very common idiom): use memcpy. It will be faster and it's easier to read.

Faster and simpler! This only works if you know you can call free on the memory passed into the function -- that's a strong assumption! In this case you can (assuming you fix your declaration of image2 to use calloc or similar), but you should at the very least add a comment to the function definition saying you plan to free the argument.

In the function edges:

If you use calloc, then you can assume the memory you receive is zeroed out.

How about just else instead of this comment/a written out negation of the condition? This isn't just a style tip -- you don't want to make it hard for the compiler to prove it only needs to compute the condition once.

Note that I've rounded before doing the comparison rather than after. I don't think it matters much, but it's a difference all the same. You'll have to figure out euclideanDistance but I think you'll have no issue with it!

Earlier in your program you wrote image[i][j] = image2[i][j] .. that was better than this! but the same comments apply regardless. Since you [height + 2][width + 2] and relied on having 0s in memory rather than doing bound checks, you can no longer do that swap/free hack.

How about adding (and using) these:

Properly using these would probably mean modifying filter.c, but maybe it's worth thinking about.

I think I already answered about cleanliness, but I'll answer here about efficiency. Your code is pretty efficient. One of the beautiful things about C is that it encourages writing simple code, and the compiler can do a really good job optimizing simple code for you. I played around with different compiler flags, and Clang can optimize/vectorize this pretty well.

For the edge function I admit the padding with 0 ... I found on stackoverflow, ... I just used the idea. Is it a bad practice or something that is usually done?

There are a few concerns here:

TL;DR: I think what you did is OK, but you should cite SO.com somewhere.

This is the code one can implement as it contains fewer loops, and is well implemented. The result from the above code is as follows(for Sobel operator): 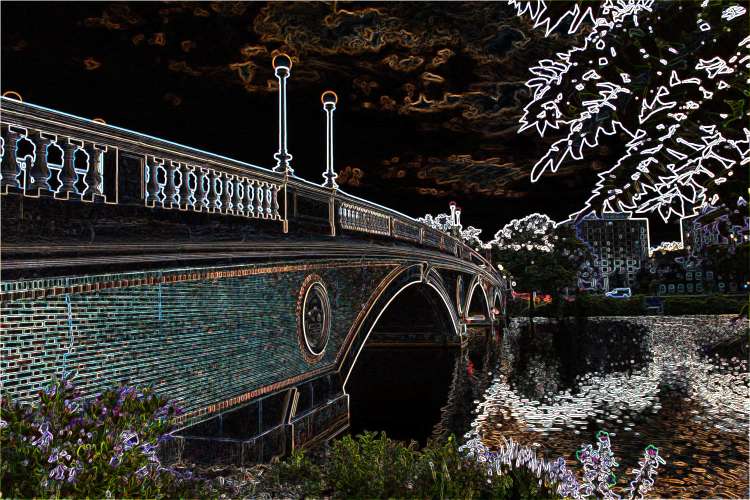