I am trying to write a Haskell application that parses a bunch of complex numbers from a Mathematica output and then produces a PPM image. 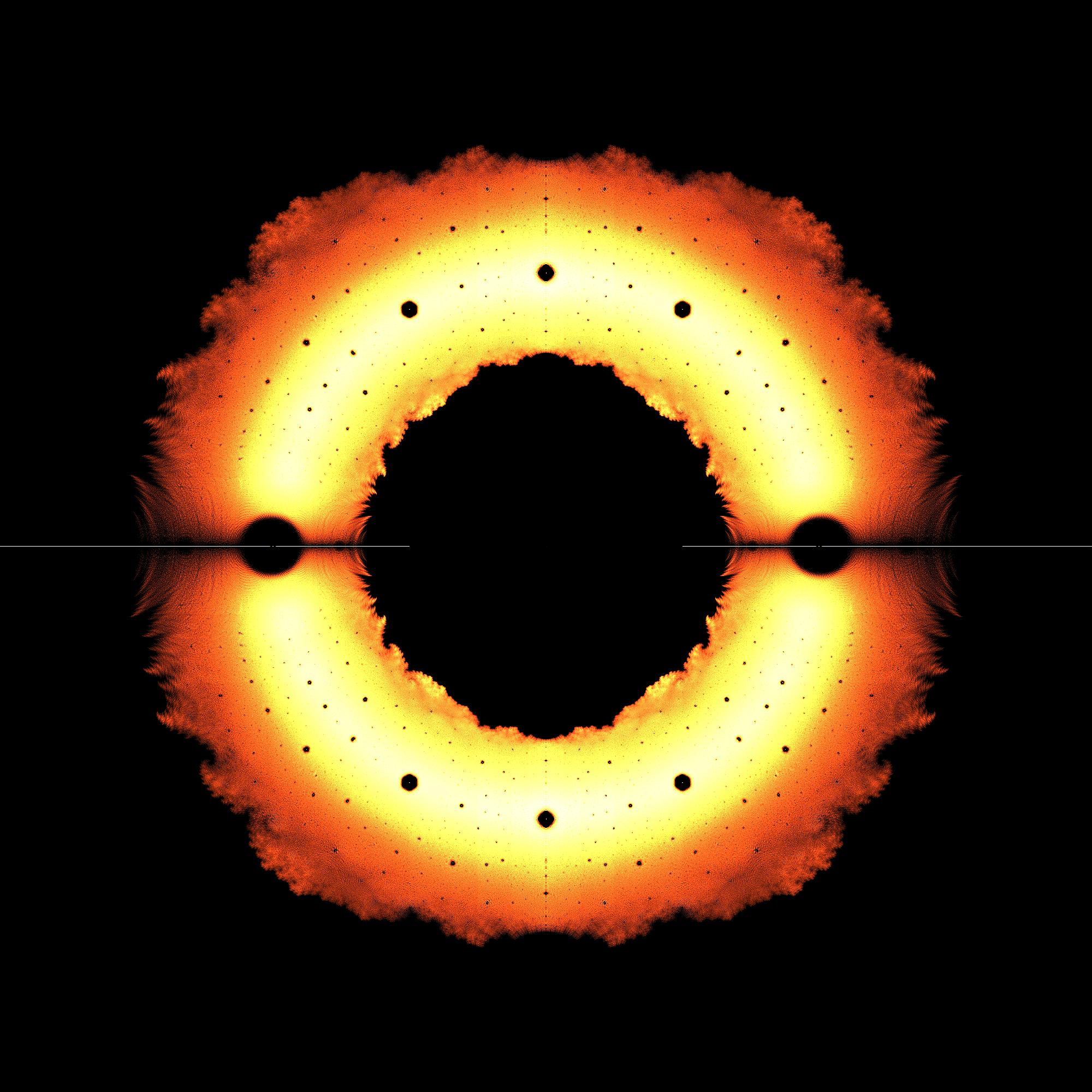 The code to create this is as follows:

This uses a module:

Parsing is done with completely with Applicative Attoparsec parsers on Lazy Bytestrings. Input files are expected to be roughly 3Gbs-8Gbs in size, containing anywhere from 70-600 million roots. Each complex number is separated by a newline and looks something like this:

Mathematica outputs are a bit funky, retaining a decimal point, for whole numbers:

After parsing, I generate the PPM, represented by a mutable vector by first computing the index of the vector that corresponds to each Complex number, then mapping a Monad action over each of these indices. The end result is I have a mutable vector that kind of resembles a sort of histogram of points. Finally, the function colorFunction assigns a color to each point and I write the image to a file.

The program consists of a pipeline of operations:

The first step to optimizing the program is to measure how long each of these steps is taking.

criterion is a great tool, but because it runs the test function multiple times it isn't well suited for operations which take many seconds. Also, criterion is designed to get precise timings, and we just need ballpark figures. For our timings we're just going to use the shell's time command.

I first created a test file containing a million random complex numbers, and ran the entire pipeline to get a base line reading. Creating the the PPM from the million complex numbers took 33 secs. To understand if that was a reasonable number or not I wrote a quick perl script to just read in and add up the real parts of the complex numbers:

and it only took 1.7 seconds. Clearly there is a big problem somewhere with the Haskell program.

The next step it to write alternative main functions which cut off the pipeline at various stages, e.g.:

A main which just prints out the number of lines read:

A main which just adds up the real parts of the parsed numbers:

and the timings I got are as follows:

A quick scan of the code reveals that you are using read to perform this conversion. read is notoriously slow, and should be avoided for performance critical code.

A replacement for read :: ByteString -> Double

If you search Google you can find this Stackoverflow article:

Mostly because the answer was submitted by Don Stewart I decided on using the bytestring-lexing module, and came up with this version of parseComplex:

So now the first two stages of the pipeline are very performant. The next step is to figure out why updating the histogram vector and writing out the PPM file is taking so long.

I've found another important optimization - you want to use unboxed vectors instead of the regular vectors. Here is an alternate version of genVec:

This will cut down the run time by another couple of seconds (which is now significant since the whole pipeline takes now only takes about 4 secs to run.)

To scale to 600M points you are going to have to use multiple threads / machines. Fortunately this is a classic map-reduce problem, so there's a lot of tools and libraries (not necessarily in Haskell) that you can draw upon.

If you just want to scale on a single machine using multiple threads, you can put together your own solution using a module like Control.Monad.Par. For a clustering solution you'll probably have to use a third-party framework like Hadoop in which case you might be interested in the hadron package - there is also a video describing it here: https://vimeo.com/90189610

Not the answer you're looking for? Browse other questions tagged performance parsing haskell data-visualization complex-numbers or ask your own question.