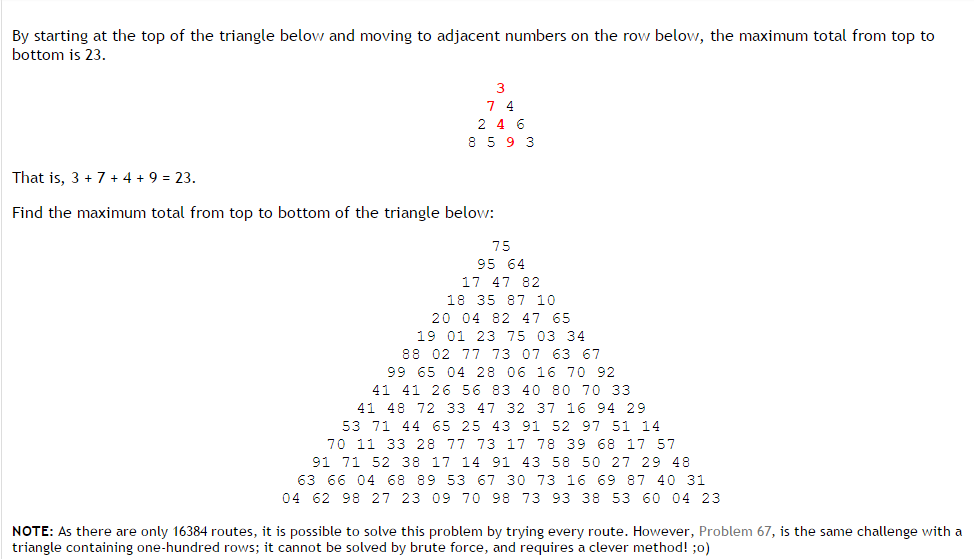 Here is my code:

It is/was actually my first DFS implementation. I am unhappy with:

Your stackOfIndices is an overkill situation as well... Stack is a synchronized collection (it extends Vector) and as a result carries unnecessary overhead. In addition, the conversion to/from Integer for the indices is awkward. The autoboxing helps, but not much.

It would be much better to simply have an int[] array as a stack.

Your parsing of the Triangle in to a 1D array (int[]) also makes the remaining code cumbersome. Using an int[][] instead would help a lot.

Finally, why do you hard-code the max depth at 15? Whenever you find yourself coding in constants like that you know you have made a mistake somewhere....

The algorithm is not great either, and that affects pretty much everything else.

Not the answer you're looking for? Browse other questions tagged java programming-challenge depth-first-search or ask your own question.