Controls Edits of DataGridview in Winform

I want to refactor this code that is currently in a partial Form Class and deals with edits made on certain cells in a datagridview (in this case called dgvReplenish).

I would like to refactor so that I can create unit tests to be able to test the logic that effects changing the back color of cells, and updating other cells.

The problem I am having is how to refactor logic to an external class, that has references to the winform controls. 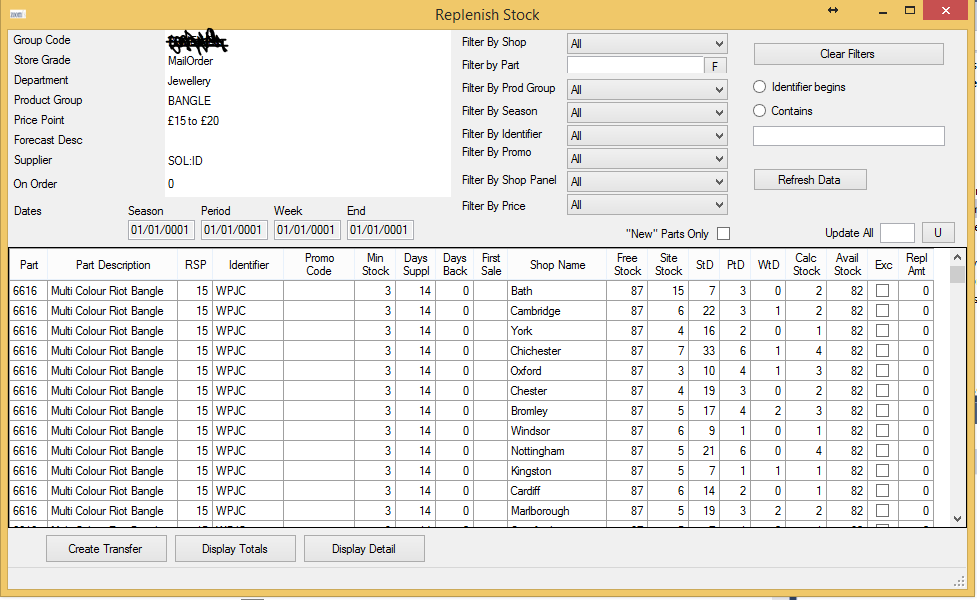 The truth is, it's really very hard to refactor this code out of the code behind once it's been written like this. I would suggest that you start writing your tests first, for now at least. The benefit there is that you have to design your code to be testable to begin with. If you decide later (once you have an idea of how to better design your code), to test after the fact, that's fine. The important thing right now is to separate the concerns.

You need some Model-View-Presenter in your life. It's more or less the default design pattern for WinForms. There are two flavors, passive and supervising controller. 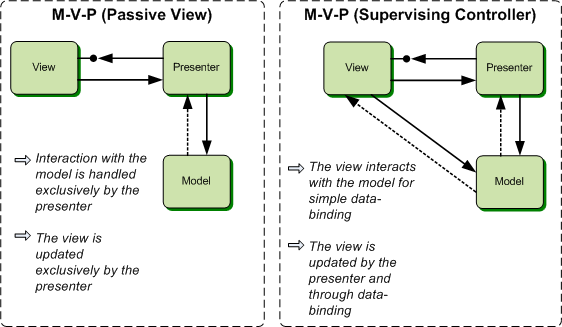 You'll also need to properly model the data. Right now, there's no concept of a Part in this code, but there's obviously a business object that is very much a Part and your form displays a list of Parts. I'd start with defining a simple class defining the data structure itself, and add logic to it as necessary. Eventually, this is where your validation logic will lie.

And now, to define an interface for your view. (Note that I left everything but what you need for the data grid out.)

So, your Form's signature will need to change a bit to implement this.

Then in the Getter/Setter, you'll transform the list into something bindable (personally, I like the BindingList) and bind it to the datagrid. There's a great example of binding a list to a datatable and datagridview on dotnetpearls.

So, we've gotten all of the from outside of the form and injected it in. Great, but what about all those pesky events? Well, we'll add some to the interface for the presenter to respond to. The Form will just delegate it's own events by raising IPartsView's events.

Back in your form you raise the interface's event whenever the DataGridView's event is raised.

Which moves PopulateSelectedLineDetails into your presenter. It catches the raised event, and interacts with the View's interface, performing this work.

This means, that you can now relatively simply test your code. I like using Moq for this. Moq makes it easy to mock out the view and test the presenter. Because that's what we're really aiming for here. Your Form (IPartsView) needs to be dead dumb simple. It shouldn't need to be tested. If the presenter and model do all of the work, then there's no need to test the view.

I know that was a lot to take in, and not a whole lot of actual code from your project, but you really do have yourself in a pickle here. I recommend implementing something simple with this pattern before trying to refactor to it with this monolithic code behind that you have there. I fear that if you try without having a simpler experience first, that you'll fail and never learn how powerfully awesome this pattern can be in your code.

To expand on RubberDucks answer, about adding tests first is great! In fact you should create a class that only does CRUD operations on a Part. (if you didn't know CRUD is short for Create, Read, Update, Delete. It is the typical operations performed on set of data) You can then test the implementation of your PartRepository before you even put it to use in production. Here is a basic interface that you could implement that does all the necessary parts. With the repository defined you would then implement it with PartRepository and use that in production.

Your parts view wouldn't be able to Select an Item without first request that all items be populated. So lets add in a Action to request all data in the interface. Change IPartsView to be able to request all the data.

Now with all the parts in place it is easy test that the View can request all the data. You can easily select one of those bits of data (any row of your fake data), and perform what you need and want all in memory so you don't have to worry about connection strings, and setting up the tables correctly etc etc. A simple test would look like this.

from here you get the benefit of knowing your presenter populates your view with the correct data when needed. You can independently test the Real IPartRepository to make sure it is pulling data correctly. Then you'll know that it will indeed work as intended

Not the answer you're looking for? Browse other questions tagged c# winforms or ask your own question.