Optimization of multiple arrays for filtering

My app will be running on an iPad with A7. I pass in 3 JSON arrays and right now do some simple filtering, in the future the operation will be much more complicated. I realize the if statement is slowing down the process, but how can I avoid it? Is there a way to have this loop on one CPU and run the GUI on the other CPU (assign affinity)?

A very small sample of the JSON data file: 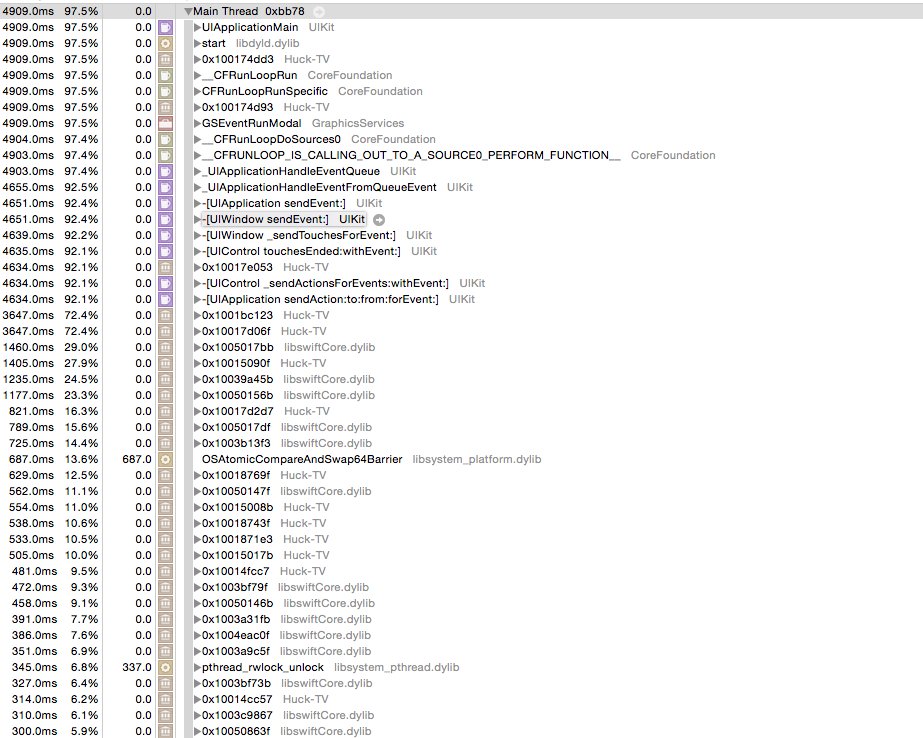 There may exist a way to make this particular loop run faster. In fact, I'm sure there probably is... however, it's kind of a futile effort.

There's a lot of time also being wasted elsewhere where we're creating these original three arrays we're passing in here. We need to take a far more OOP approach to this problem.

I don't know what this code actually represents, but for now, I'm going to use "Phenotype" and assume that's an accurate noun to give to the object that the JSON data is trying to describe.

The way the JSON data is structured suggests that the these three data points are obviously tied to each other. We don't need to create three separate arrays and somehow rely on a common index among them to remember what goes with what. Let's make a container to hold all of this information:

(The struct name and its variable names are probably far from optimal.)

Now, when we parse out the JSON data, we create a single array of instances of our Phenotype struct rather than three arrays of the different types.

Now we don't even need to write the method in your question, because we can do it with the built-in filter method:

And filteredData represents exactly the data your method was trying to extract.

Not the answer you're looking for? Browse other questions tagged performance swift vectorization or ask your own question.