The idea I have in my head is this: 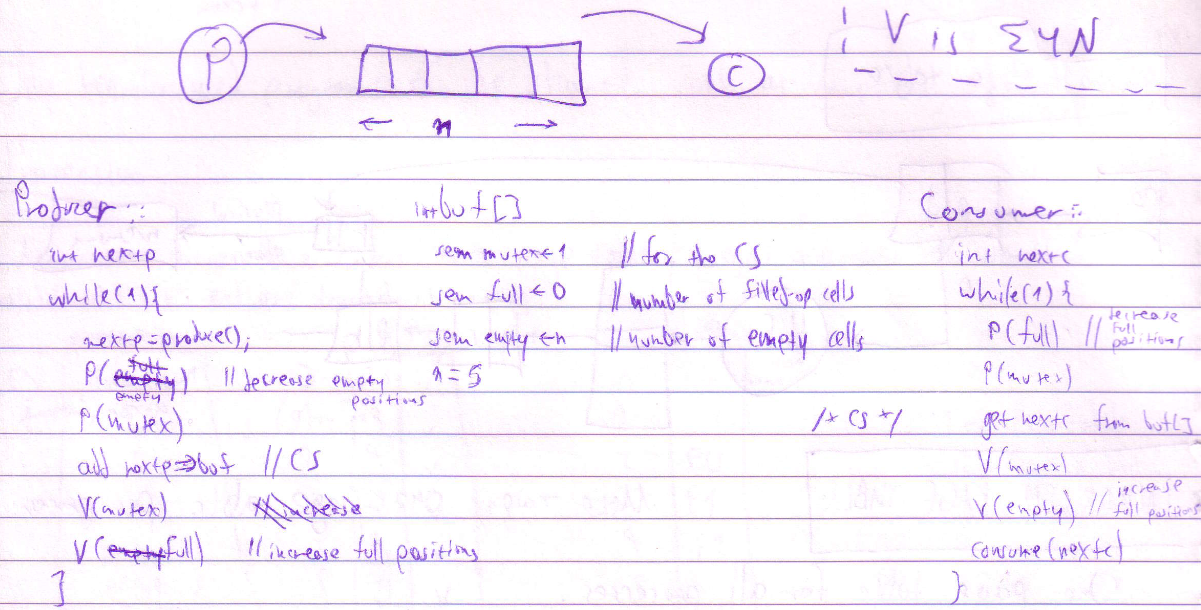 I am not sure if I need the index variable in consumer and producer.

Moreover, I want to know if it is OK like this (it seems to work), or it is just some stupid working code. Can it be more clever/efficient? Leave the readability for me.

My code will use the POSIX semaphore mutex in order to access the CS (which is writing/reading from the shared buffer of words).

When the producer is done, it sets a shared flag (initialized in 0). However, in the consumer side I had to check not only for the flag but for the values of full and empty.

I am obliged to use sem_wait() and sem_post() by the way.

After the answers, I think that the main question is that if I can avoid the extra post in full semaphore after the while of producer is ended.

The problem if I remove the posting of full is in the following case:

Robust code does not assume the first char in buf is not '\0'.

This is a pedantic point, but user IO is a hacker paradise - best to code defensively.

use to prevent undefined behavior (UB) with buf[str_len - 1].

Well the first thing you should do is check the error state of all system calls.

Both the consumer and producer use index to access the queue. If these are distinct values unique to consumer/producer then it will work but it is definately a bad naming scheme. Maybe better is consumerIndex and produerIndex to indicate the read/write position.

loop clearly violate the invariant. If your program doesn't properly terminate without it, there must be a bug somewhere.

My impression is that the bug stems from the index variable. A state of the queue requires two indices: one for producer (to put the message to) and one for consumer (to fetch the message from).

And yes, you need a shared resource to convey a producer termination event to the consumer.

Not the answer you're looking for? Browse other questions tagged c concurrency posix producer-consumer or ask your own question.