I decided to implement a random walk.

The rules are easy, an object is moved in the direction dictated by random or pseudo-random numbers. If you want to read more about it, see the Wikipedia Page.

We then generate the random or pseudo-random sequence: 3,1,4,1. And we convert it to directions:

we obtain the following: 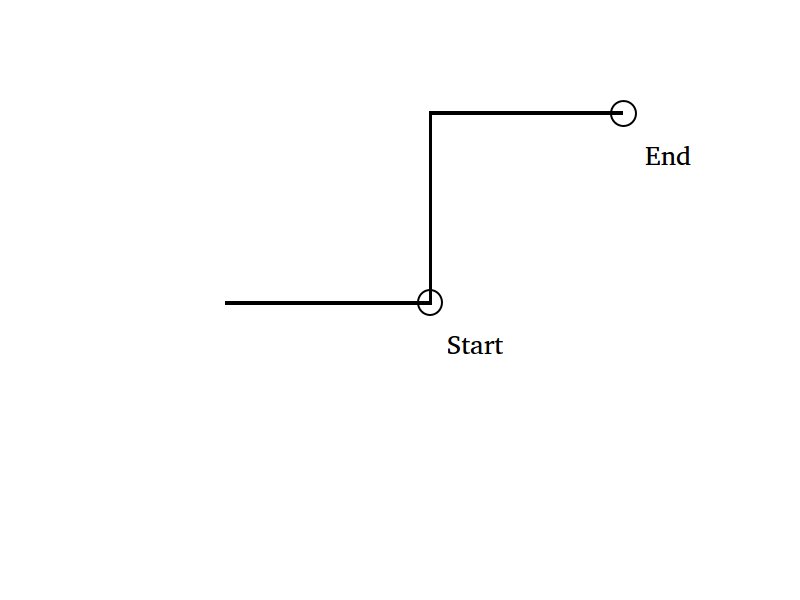 Runnning my code with: 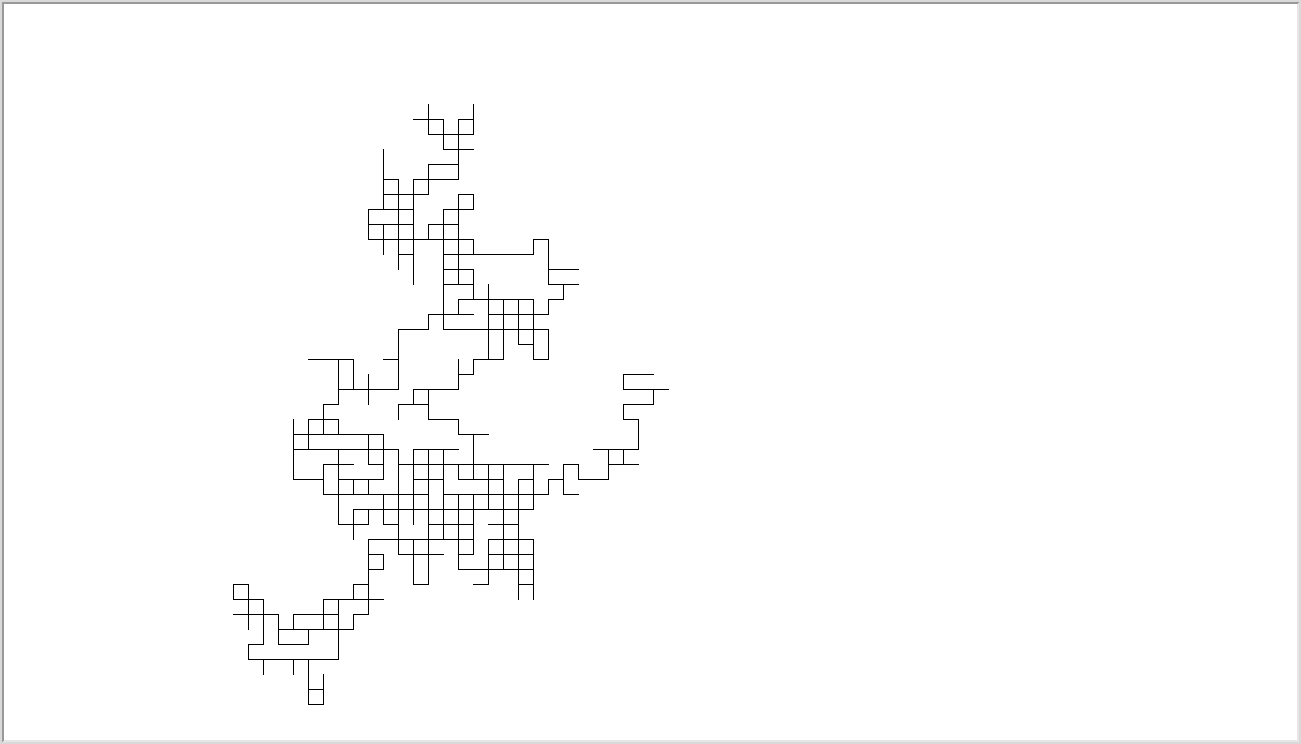 Running the code with the exact same parameters may yield completely different results because pseudo-random numbers are used.

I think my code is well written and fully Pep8 compliant, two things bother me

Your code looks nice and seems to be fully PEP 8 compliant indeed. The fact that you have 1 blank line between functions except in one place where you have 2 puzzles me a bit but that's not a huge issue.

You can actually make your code much easier. Here are a individual steps, you'll find the final code at the end.

All of the go_* functions are implemented with the same code. The only difference is the value passed to setheading(). You could create one common implementation and replace them with calls to that function.

Extracting repeated code will ensure that, if a bug exists in the common code, you won't have to remember to fix it in all the locations. It can also lead to a smaller overall code size. With this code the benefit is minimal, but as code gets more complex it will help a lot.

Instead of creating a dictionary and randomly indexing a specific value, you can use random.choice(). It will do the work to select a random element.

I think that you can simplify the simulation like this without losing any clarity:

I've changed the terminology from right/left to east/west, since the former could be misinterpreted as a relative turn rather than an absolute heading. In any case, the designations are entirely optional.

The use of a dict is not ideal. You end up hard-coding 1–4 twice.

Be consistent with your parameter names. step_size is more descriptive than step, so use it for all of the functions. step_number sounds like the nth step to me, and would be slightly better named steps.

Not the answer you're looking for? Browse other questions tagged python random turtle-graphics or ask your own question.