I've subclassed UI button and used it in my View Controller's viewDidLoad method, like so:

With quite a few different button styles going on, ie. 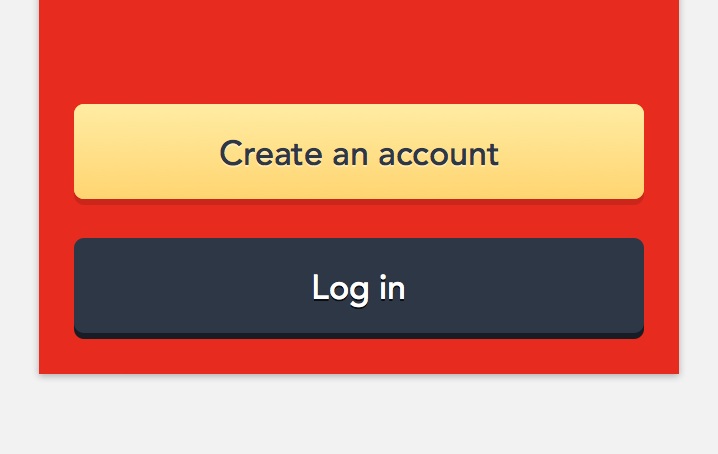 With most of the differences coming from positioning, dimensions, text colour, background colour and shadow colour. Now am I trying to fit too much into one subclass, what would be people's approach to a sane amount of code in the viewDidLoad methods in their View Controllers, in relation to styling the UI?

It doesn't necessarily bother me that so much of our styling code is outside of the init method (though I would change some of this up--I'll get back to that). What bothers me is that it seems it's all directly in viewDidLoad.

What I'd rather see is a method to contain all the code that sets up the buttons, and let viewDidLoad call that method. I'd much rather see:

We've got who knows how many very distinct tasks that all want to happen in viewDidLoad (or any other view controller life-cycle event).

If we separate these tasks out into distinct methods, it makes maintenance easier in the future. I don't want to spend time skimming through the UI code when I really just need to fix something in the code that does the checkWebForSomething stuff (and vice versa).

Now, with all that said, let's talk about the specifics of your initWithFrame: method, shall we?

What bothers me are the preset colors.

Honestly, I think rather than initWithFrame:, we should be seeing a method that looks more like:

I think it's good idea to separate framing and styling for your custom subclasses. And for styling I found useful a clean approach to send custom colors/fonts etc through dictionaries. Something like that:

In your button subclass define few constants for dictionary keys:

and method to set style:

and then in your view controller you will do something like that:

I found this approach to be very useful and easy to extend.

Not the answer you're looking for? Browse other questions tagged objective-c ios or ask your own question.