In general, your algorithm/solution is clever. It is an \$O(1)\$ solution which I like, when most other solutions would be an \$O(n)\$ and do a modulo on 3 and 5. The trick for subtracting the double-count is something that should have a clear comment, including the reason why.

The find_last_multiple is also a neat solution. No issues with that, and it is simple enough to not require a comment.

Unfortunately the sum_of_series has some problems.... it should be commented, for a start... the logic is far from obvious.... I have not figured it out... yet.

Also, at this point it becomes float based calculations, and that threw me for a second. I immediately started thinking int-based math because the code has int constants, and it does int values in the find_last_multiple but it then does implicit casts to float. Very confusing.

Finally, it makes the assumption that that the series starts from 3, 5, or 15, but the question description starts from somewhere else.... I suggest you discard the starts_from parameter, and simply use the difference instead.

So, using float-based logic, and returning a float based solution is unexpected.... and I would expect there to be some comment as to why the sum of integers in a series is a float.

Finally, your sum_of_series should represent the standard formula for the sum-of-a-series (see the alternate form in wikipedia):

where n is the number of terms in the series, a is the start value, and d is the difference.

That can be simplified by setting a to be 0 (eliminating the 2a term), and for int math by doing:

I would also start from 0. Using integer math, the problem is simpler:

So, you can use the above safely as:

Note that the problem statement requires the sum of values less than 1000, and the sum_of_series formula calculates inclusive of the limit, so we use the limit of 999, not 1000

Additionally, using the int-based logic, there is no need for there to be the find-limit method at all. This reduces your main method to:

I put the above together in a working Ideone

What you did well

Using a formula to compute sums is efficient. Using the inclusion-exclusion principle is smart. You chose descriptive names for your functions and variables. The intention is fully clear just from reading this single line:

The foray into floating-point is mildly disconcerting, for accuracy and performance reasons. I say "mildly", since I doubt that it has any real consequences in this particular solution, but I would still consider it bad practice to do integer calculations using floating point. 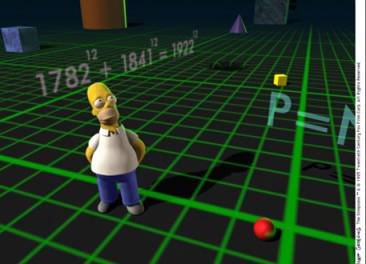 You defined TOP_LIMIT as 1000, yet hard-coded 1000 in the format string. The output will look wrong if you ever need to change TOP_LIMIT.

As @rolfl pointed out, after you rewrite sum_of_series to work with integers and return an int, you could replace all float variables with int in the entire program. (And of course, change the last printf to use %d instead of %f.)

GCC gives me an error for void main, it wants it to return int.

It's good to avoid #define when possible. It would be better to use a global constant instead, or even a local constant in the main method. But the program becomes kinda fun if you make this a command line argument, for example:

And then when you run it:

(For the larger numbers I had to change some of the int types to long.)

Why a so complicated algorithm when you can keep it as simple as:

Not the answer you're looking for? Browse other questions tagged beginner c programming-challenge or ask your own question.