Finding all paths from a given graph

I need to find all paths from a given graph. I can do that for now, however my recursive code is not efficient and my graphs are very complicated, hence I need a better algorithm.

There is only one starting node, which makes things easier for recursive function. Every leaf needs to arrive there if a leaf is followed in reverse order. The starting node is the one which does not have an incoming edge.

These structures are taken from pygraphviz, which simply shows the outgoing edges from any nodes. Keys are the nodes and values are outgoing edges to the nodes. However, when I have very complicated graphs as below, this code could not find all paths. 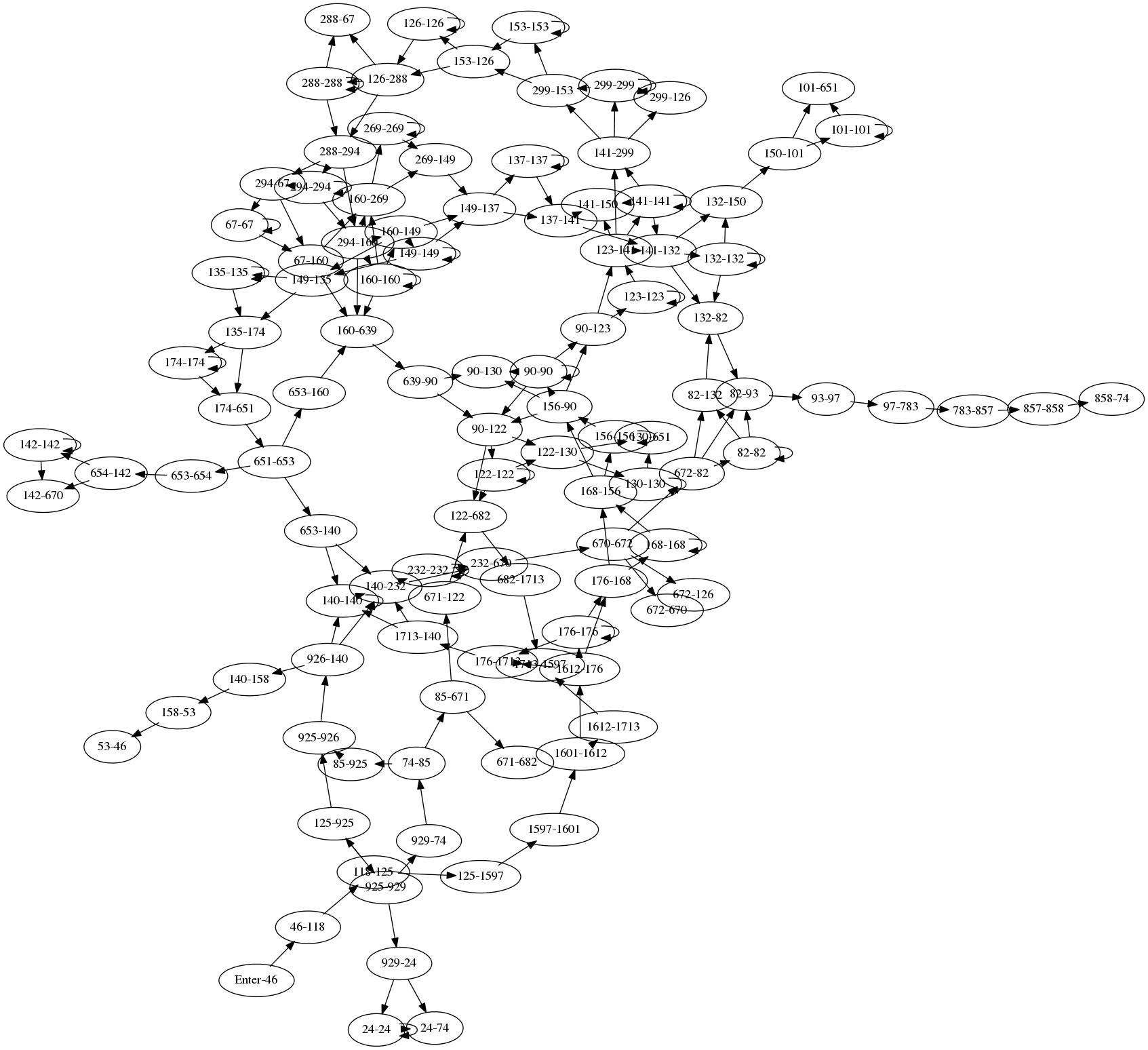 Is there any better algorithm that you can suggest? Or is there any way to optimize my algorithm for complicated graphs?

Your goal (if I understand correctly, of generating all the execution paths in a state transition graph for a Java thread and then using those execution paths to test the code) seems unrealistic to me.

Even in an acyclic graph (or with the condition that you must not revisit a state) there may be exponentially many paths. In a graph with cycles (like any realistic state transition graph) there are infinitely many paths.

You cannot afford the time to generate all these path, let alone the time to run the test cases based on the paths: the best you can hope for is to intelligently (or randomly) sample the space of paths.

Not the answer you're looking for? Browse other questions tagged python algorithm graph or ask your own question.

3
Simple data structures for representing graphs in Java
4
Finding many paths in a graph
5
Greedy Graph Coloring in Python
2
Find all shortest paths between 2 nodes in a directed, unweighted, SQL graph
9
Find all paths in a graph