Method to save child objects 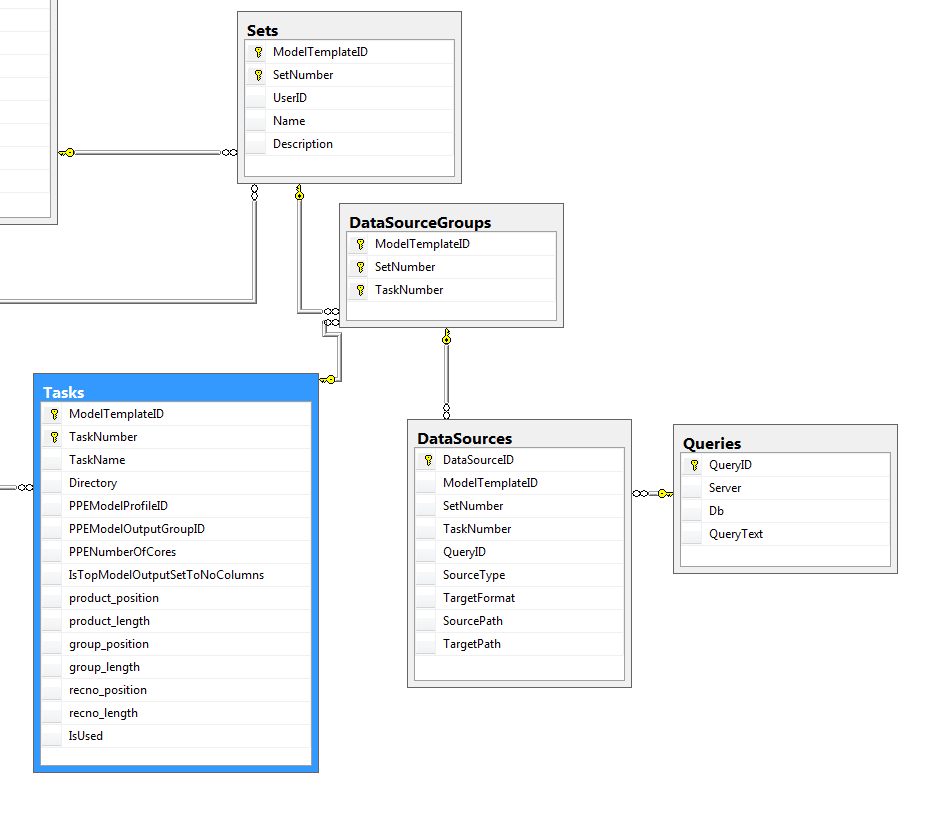 I have the following method to save a Set to the database:

Is this the best way to implement this method? Should I be attaching the DataSources to the Set when they are created and then just pass the Set into the method? Any other critiques welcome.

The method name is telling a lie. SaveSet would be appropriate if the method took an IEnumerable<Set> sets parameter. I would have called the method SaveDataSources.

Per the XML comments, the method is making assumptions, but it does nothing to verify these assumptions, and since the method has no return type, the only way you can fail is by letting it throw - throwing is good in this situation, however it's best to fail early, if possible before you even create the context instance.

This is done with a guard clause at the top of your method, that aborts the call if an argument is invalid - for example:

This makes your code throw a more meaningful exception, instead of adding half the items, throwing some foreign key exception and then disposing the context without persisting anything.

While a conveniently short identifier, db is a misleading name to use for a DbContext; it's more of a context than a database, so context would be more appropriate.

I like that the method isn't directly responsible for creating the DbContext instance, however GetContext() sounds like you're not creating anything, rather just returning an existing instance - which is counter-intuitive in the context (pun not intended) of a factory. CreateContext would be better, and since _contextFactory is already a quite descriptive name, a Create method wouldn't be any less clear:

Unless I look at your schema and see that DataSourceID is the entity's primary key, I have no way of being sure that you're expecting only a single record, because FirstOrDefault could just as well operate on 20 entities and only return the first that matches the criteria.

This would be less ambiguous, because if more than 1 entity is returned, SingleOrDefault would throw an exception:

This part looks like it belongs in another method:

I don't like the comments on the same line as the scope-opening brace { //, and these comments wouldn't be needed at all if you extracted the method; the added level of abstraction would speak for itself:

Notice the how the update code is simply copying the values from dataSource into the members of dataSourceFromDb - that entity is already attached and managed by the change tracker. Why complicate things? It's there, might as well use it!

One thing your code also assumes, is that SaveChanges will insert the DataSourceGroup entity before it inserts dataSource. I don't know about EF6, but in other versions one cannot make that assumption, so EnsureDataSourceGroupExists would call SaveChanges on the context if a new entity was created. Not doing this is like asking for a foreign key violation.

Not the answer you're looking for? Browse other questions tagged c# entity-framework or ask your own question.

4
Fully utilizing the layers of an n-layered web application
10
Feature-based authorization
2
Can this method be changed to remove all objects in one call?
10
Best way of updating a list of unique items
1
WPF wizard-like app
6
View-model for a WPF UserControl that validates regular expressions
4
Rectangle Class
11
Recursive search on Node Tree with Linq and Queue