Recursively reading a directory in node.js

I made a function for recursively reading a directory and it just seems kind of long and complicated. If you could take a look and tell me what's good or bad about it, that would be great.

Reading the directory synchronously is not an option.

My comments are inline starting with the //*. I also very much encourage you to look at async libraries such as Q.

Here is an article I wrote on this parameters

It's more efficient, better to maintain and the code becomes much cleaner if you use the promisify native Node function to transform the fs callback functions to promise based functions, then write your code with async/await style. 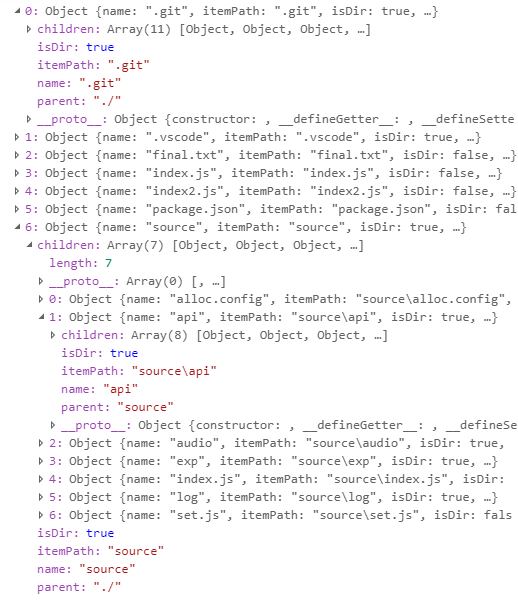 Not the answer you're looking for? Browse other questions tagged javascript recursion node.js or ask your own question.