How to make my code faster and easier?

This is my .cs part code where I am calling storeprocedure in LINQ to SQL:

It will show as 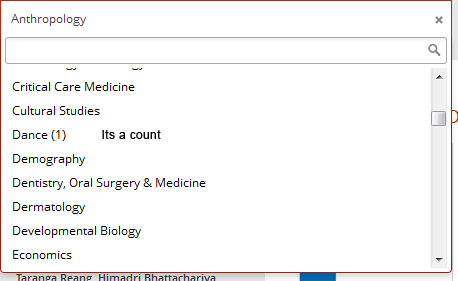 The principal performance issues are on the database side (or maybe you could do some kind of caching or pre-loading), but your code could be made much clearer and shorter (there should be also some minor performance improvements):

This is how it should be using StringBuilder:

Note that using the stringBuilder.Append(int value) method, you don't have to convert use the string representation of count.

I'll try to cover both.

First of all it's unnecessary to convert rr_j_cat and rr_sel_cat to list again! So rr_j and rr_list variables are both useless.

Second, instead of converting rr_sel_cat.First().Column1 to string, which in your case will instantiate a string variable (count) over and over, convert it to and int or if it's already an int or a value type, use it instead and avoid unnecessary boxing which is a performance issue.

Third, instead of string concatenating in dr["sibheadername"] = it.sibheadername + " (" + count + ")";, use StringBuilder class which will be a good performance improvement in your case.

Not the answer you're looking for? Browse other questions tagged c# asp.net sql-server linq-to-sql or ask your own question.

3
How do I make this function faster?
8
How can I make this method shorter and easier to follow?
3
How can I make my A* algorithm faster?
2
How can I make this code (that is usually in a loop) faster and efficiently?
1
How can I make only one if-else statement among all of these?
12
Password Manager UI: Populating DataGridView is Painfully Slow
3
Code optimization by constant if-structure iteration removal
3
Divide certain distinct row values into separate columns
0
Slow method that works with IEnumerable<dynamic> as input and return value