For the segmented Sieve Of Eratosthenes, I have devised the following code provided. And I understand that it is not the best implementation; However, it should be much quicker than what it is now. The c Profile provides numerous results. However, it only defines built-in methods and gives no further context as to which built-in method is taking up the most time. I wish to optimize this sieve to the maximum possible performance capable through python.

Which numpy built-in method is making my program slower? 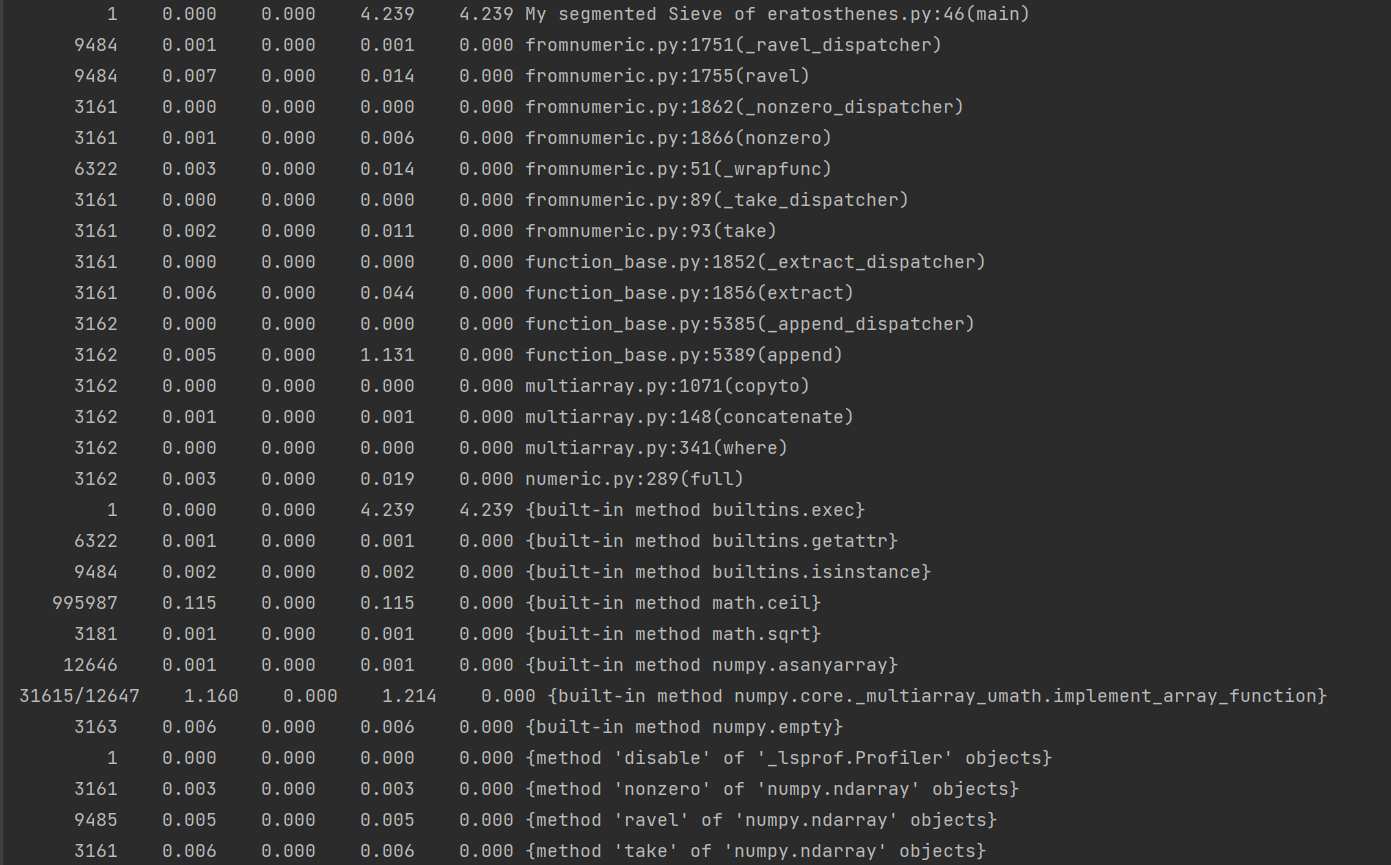 The first thing I noticed is the numpy.append method with a cumulative time of 1.131s. For each of the 3162 times it is called a new array is created and the content of the existing array is copied. This can be improved by using a (builtin) list instead of a numpy array. Appending to a list is less expensive because lists are specifically designed to be appended to.

In order to still return a numpy array, the list of arrays Finalprime has to be converted to an array using the numpy.hstack method.

This change reduced the total runtime from 4.5s to 2.8s.

Next I used the line based profile "Scalene" to find out which code lines use up a lot of time.

This lead me to the following loop:

All this loop does setting every pth element to zero. The same can be achieved using the arguments of the range function as a numpy slice instead:

This improvement further reduced the runtime from 2.8s to 1.0s

There are a number things that are not performance related but are a bit odd:

This is the code with the performance and general suggestions applied to it: