The code run perfectly fine, with no errors. However, the entirety of the code is in 1 function and is kind of hard to read. As well as that I'm not sure if and how the code could be more optimised/improved. Thank you for your suggestions and help!

Here is an example of is_fish_there.png: 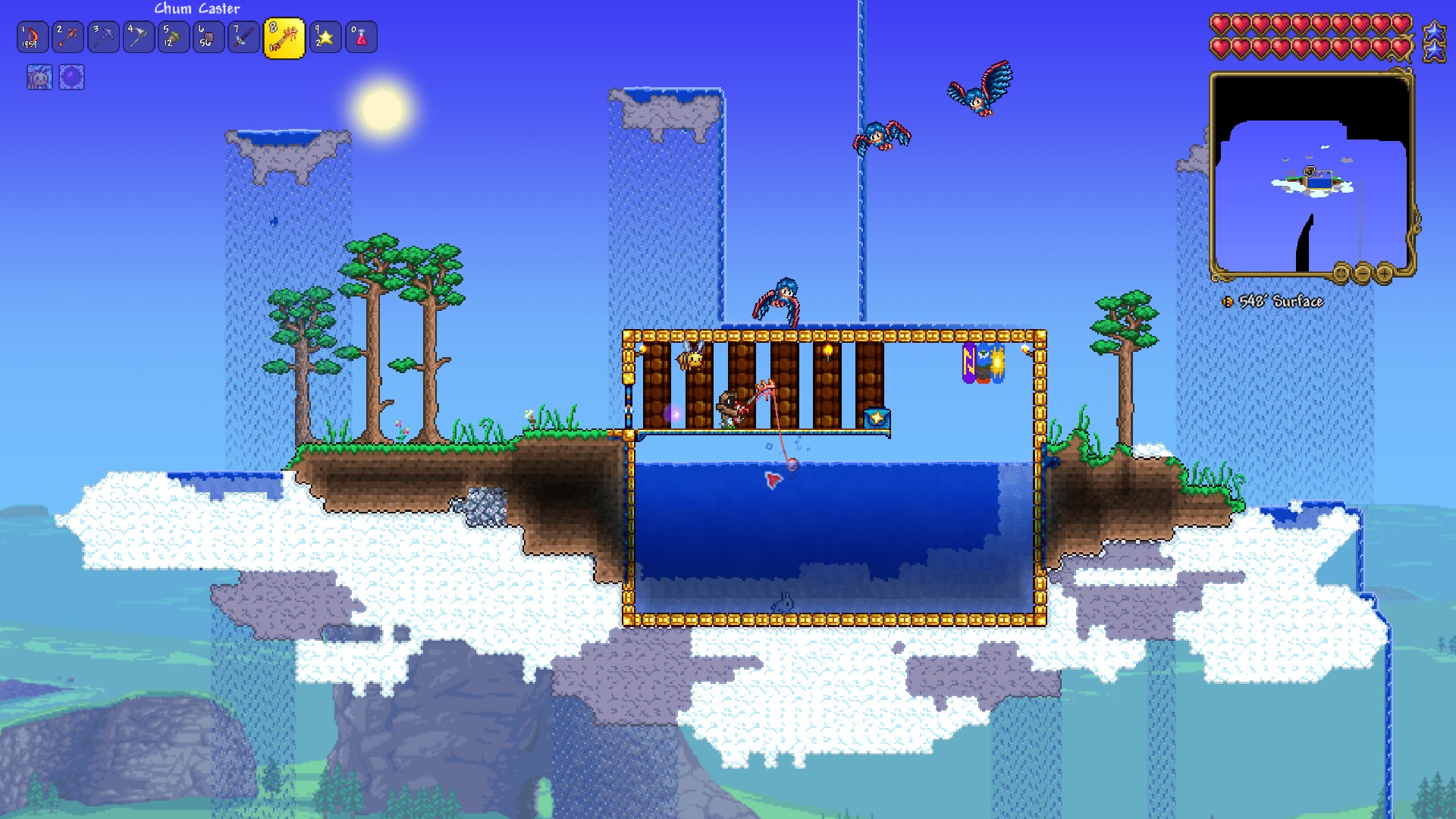 Any group of things that are doing something can be broken down into smaller functions that encapsulate that particular task. The first few lines of your function are doing some setup so I have created a function that brings out that setup. You might have a better understanding of the semantics of the setup so could improve on the name instead saying something about why the mouse is moved where it is etc.

So with this next function, I've tried to take what could conceptually be aggregated into simply taking the screenshot from the two actions and a log that it was originally. This function is then abstracting how we take the screenshot.

The detection of the fish in said screenshot is another thing, this could perhaps be broken down further into gathering the metric and comparing it.

Again with the post-detection mechanics, I'm sure you'll be able to better name what this action represents.

The main function is then left to almost read as pseudocode.

Having the filename of the screenshot as a separate variable I find helps, it's one of those things that needs to match in the two locations its used but is something that will probably change quite a bit over time.

However, the entirety of the code is in 1 function and is kind of hard to read.

Agreed. And while this is not a major problem for short pieces of code like this, it will turn into a major maintainability nightmare for larger programs.

Splitting a program into multiple functions has several benefits.

However, if your question asks whether it's bad to have everything behind a single function call, that's not a problem. It's actually quite common and we usually name this function main.

It's a good practice to start using include guards around main, especially if you ever want to re-use parts of your code. Now your main only gets executed if the script is called directly, not when it's called by import from an external program.

Once we start doing this, we can actually take apart your ScreenShot function. You already had a check function (currently commented out), but all such functions on the same level would go into your new main.

Ordinarily I don't re-write code that doesn't have its imports and all other relevant requirements listed, since I like being able to test what I write. However, the following re-write should get you started in splitting up your functions further:

Between the while statement and the if statement, x could not have changed. Therefore, your code is actually doing this:

4
Python get UTC offset for when only naive date time objects are available
4
Returning postal codes between the ones that are given
5
Find primes that are also primes when its digits are rotated
2
Looking for specific words in a string and noting the order
5
Find all of the values in a list that are repeated the most
9
Looking for feedback on my DNA analyzer program that reads FASTA and generates cDNA, RNA, reading frames, and codons
23
The fastest way to find one unique value when all other values are the same
0
Ensuring that attributes referenced by a mixin are present in the children class
6
Reply bot for reddit. Simple bot that replies when "doctor" is mentioned
2
Looking for a more efficient algorithm for the sum of list of lists