Function to calculate the GC content variation in a sequence

I came across this BMC Genomics paper: Analysis of intra-genomic GC content homogeneity within prokaryotes

And I implemented some Python functions to make this available as part of a personal project. The functions are these:

And the (ec_dif = difference on gc content from total sequence and from subsequences):

My principal concern It is to know if this function get_chromosomal_gc_variantion(ec_dif) was implemented as in the paper above (GCVAR): 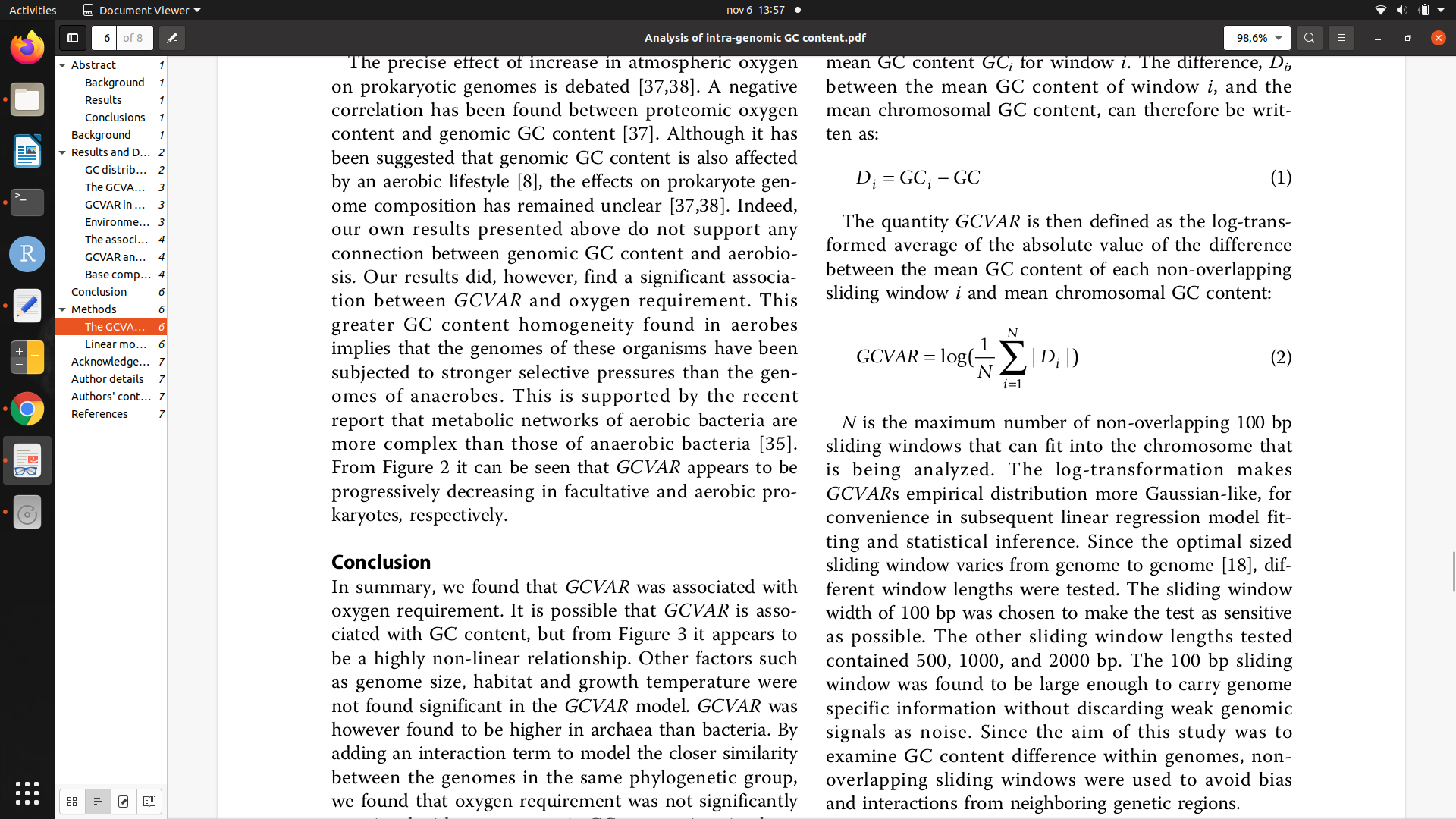 As suggested, a toy example:

Any tip to improve the code would be very welcome, once I only have been working with python for a couple of years and I am not very skilled, and much less with numpy.

You will benefit from introducing PEP484 type hints.

Your docstring for get_sequence_chunks is way out of whack; you'll need to revisit your parameter names.

There isn't a whole lot of benefit from tuple-combination assignment for your sequence and seq_len so I suggest just doing them separately.

Your overlap logic can be greatly simplified: notice that the only difference between the two code paths is the step size.

Minor spelling issues such as other wise that should be one word, overllap -> overlap, and variantion -> variation.

are less helpful than not having a comment at all. Note the difference between that and

which has content that can't necessarily be inferred from the code alone (though even this will be redundant with a sufficiently descriptive variable name).

will iterate through the entire seq string for every potential character. It's likely that refactoring this to use set membership checks and one single iteration through the string will be more efficient.

This code to prevent division-by-zero:

first of all can trivially avoid logic-by-exception by checking if the sequence length is zero; and also should extend that check to the case where a non-percent figure is returned.

In difference_gc the initial defaultdict initialization is not needed, since you overwrite every single key. You can replace the whole function with one dictionary comprehension.

Try to avoid abbreviating words like count to cnt.

You can avoid the construction of a list here:

Your example is kind of broken. get_chromosomal_gc_variation only accepts one parameter.

Consider reworking your example into a basic unit test.

Not the answer you're looking for? Browse other questions tagged python python-3.x numpy statistics bioinformatics or ask your own question.