Print a Menu in the Command Line following SOLID

I am building a library that helps me building TUI Apps more faster, for example printing TUI Menus and other components. I would like to get feedback on my design decisions to see if I'm properly following SOLID principles.

All is working correctly, but even with this division of responsibility I found a little bit tedious to create a TUIMenu object and then creating a TUIMenuPrinter object to pass as a parameter the previous TUIMenu object. So I would like to know what do you think, is this solution has a good design or maybe I should improve in something. I was also thinking about implementing the TUIMenuPrinter as a Inner Class or a Static Class, so I don't need to instantiate another object. 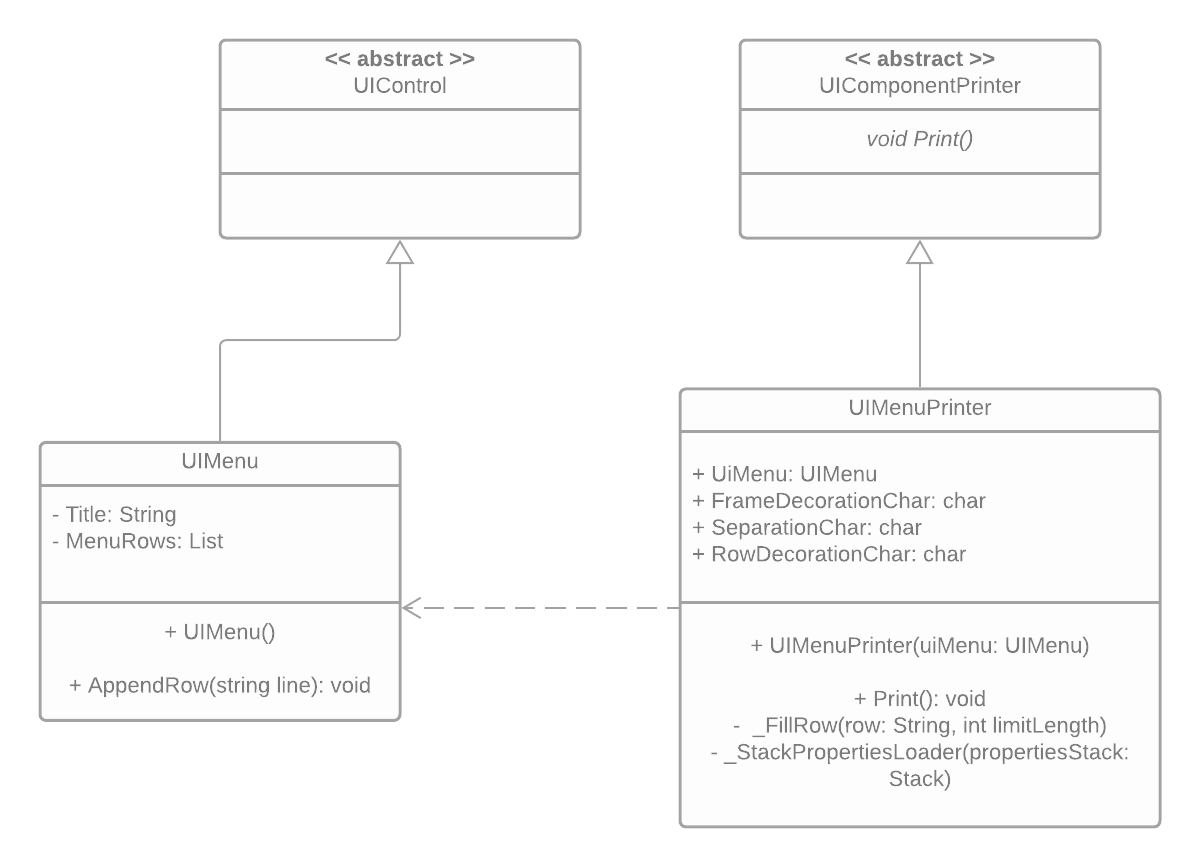 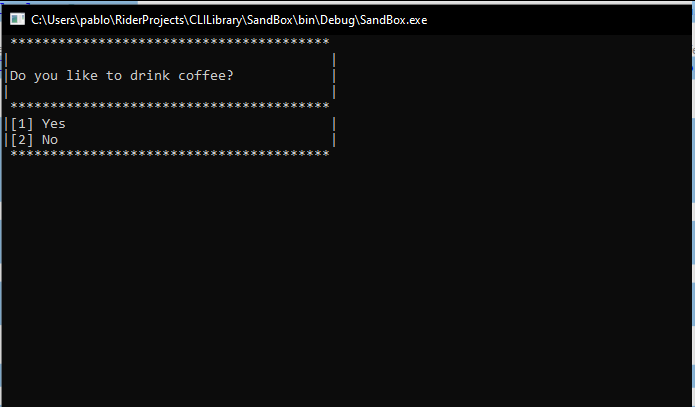 Thank you so much for your feedback comments!

Officially this is considered as a TUI, so I changed all my object names.

Someone asked me for the library code where I define the StringMeter and the StringRepeater, so here is the code :D

As you can see this code is part of another project that I have (Class Library) called CLITools.

Here are my observations:

This part is in need of some improvements.

One thing I also suspect is that you probably haven't though through the actual selection logic yet. You've encoded the input values (1, 2) into the string, which is inherently going to lead to DRY violations when you have to write the subsequent logic for checking which value the user has put in.

Additionally, you've also encoded your UI formatting (the [] brackets), but deciding what things should look like is really the responsibility of the UIMenuPrinter.
Additionally, because you are hardcoding the formatting, your UI can't account for e.g. longer numbers, and being able to print all the [] brackets using the same (max) width.

Taking these things into account, a much cleaner interface would be:

Whether the input value is an int, or if you'll allow any char or even a string is up to you to decide.

You've invariably tied a single printer to a single menu. That is impeding your ability to reuse the same printer across an application, which would be really helpful to ensure a consistent UI across the application.

A better interface would be:

Either favor object initializers or don't; but I suggest not mixing and matching as you go, because it will detract from your style and readability.

While it compiles and does what you want it to, I would suggest not using => for constructor bodies. => is used for returned values, and the only real reason the compiler allows the above is because a command doesn't technically return a value.

It works, but it ain't pretty, and I'd flag it in a code review. Stick with method bodies for a constructor and leave => for one-liner methods with a trivially returned value.

Secondly, method names should be imperative (do this, get that, ...), not nouns or noun phrases. LoadProperties is more idiomatic.

ref has its uses, but in this case it's not really needed. Because you are refing a newly created object, you can just do:

StringMeter is obsolete since the advent of LINQ.

Additionally, it's unclear to me why you decided to work with double, as string lengths are always integers.

Not the answer you're looking for? Browse other questions tagged c# object-oriented console or ask your own question.