I'm trying to learn how to use logistic regression with Sklearn. After learning the theory, I tried implementing it using the Heart Attack Analysis datasheet from Kaggle.

Here's a snippet of the data: 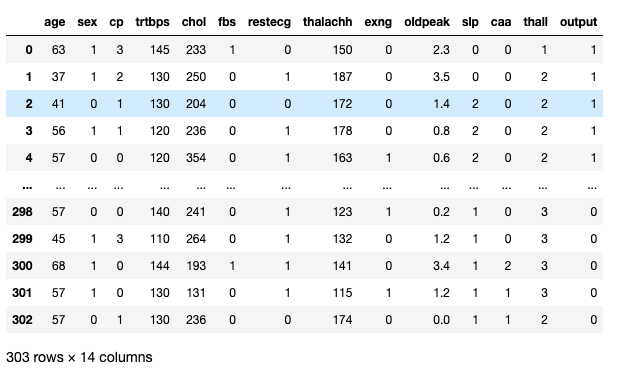 I tried using just plain logistic regression after one-hot encoding two columns, and I got a score around 50%. The things I one-hot encoded I decided were categorical variables that had more than 2 categories (0 or 1) and were instead of forms like 0, 1, 2 and higher, so I figured one-hot encoding was necessary. I did this for the restecg and cp columns. Here's how my data sheet looked after the one-hot encoding, as well as obviously dropping out the output: 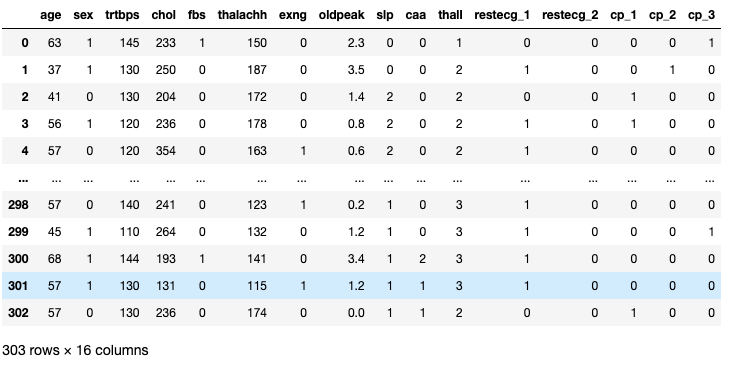 I'm trying to improve upon this. I tried some preprocessing with Sklearn, the reasons for which I'm meant to do this I'm still a bit unclear on but it's recommended, and my score is still quite poor. I'm trying to figure out if there is any way I can improve my score more:

What else can I do to get a higher score? Is preprocessing the key to doing this?

Browse other questions tagged python-3.x machine-learning classification or ask your own question.