I recently started learning Haskell and as my first project I decided to port a particle simulation I had written in C.

The simulation is pretty simple. We have a cubic box with particles (spheres) inside it. Then we choose to either move a particle or to change the volume of the box and check for any collisions between the particles. If there are any collisions we keep the old configuration.

To speed up collision detection I have also implemented a 'cell linked list' which is in principle a uniform grid with a minimum size of a cell equal to the particle diameter. In the C code I have implemented this using arrays while in the Haskell code I use a Vector of Lists.

You can find my full code here, but here are some of the most important snippets,

The main Simulation Loop, where type Eval a = ReaderT (Env a) (StateT (SimState a) IO)

Here I'm effectively randomly choosing to either displace a particle or change the volume and every 100 steps I print useful information.

I would really appreciate a code review, especially since I just started learning Haskell. The code right now feels a bit messy. As you may have also noticed, I have given the accessor functions an underscore in their name with the intention to use Lenses later on.

You can find the profiling report here and below I have also posted the space profiling graphs. I don't quite understand from these what is making the Haskell implementation so slow. 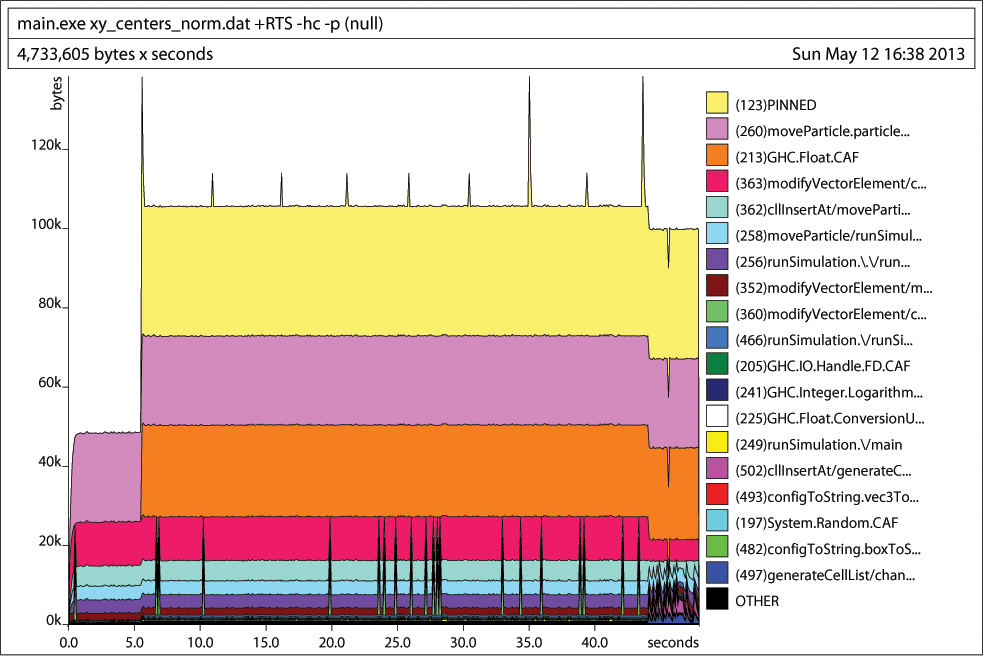 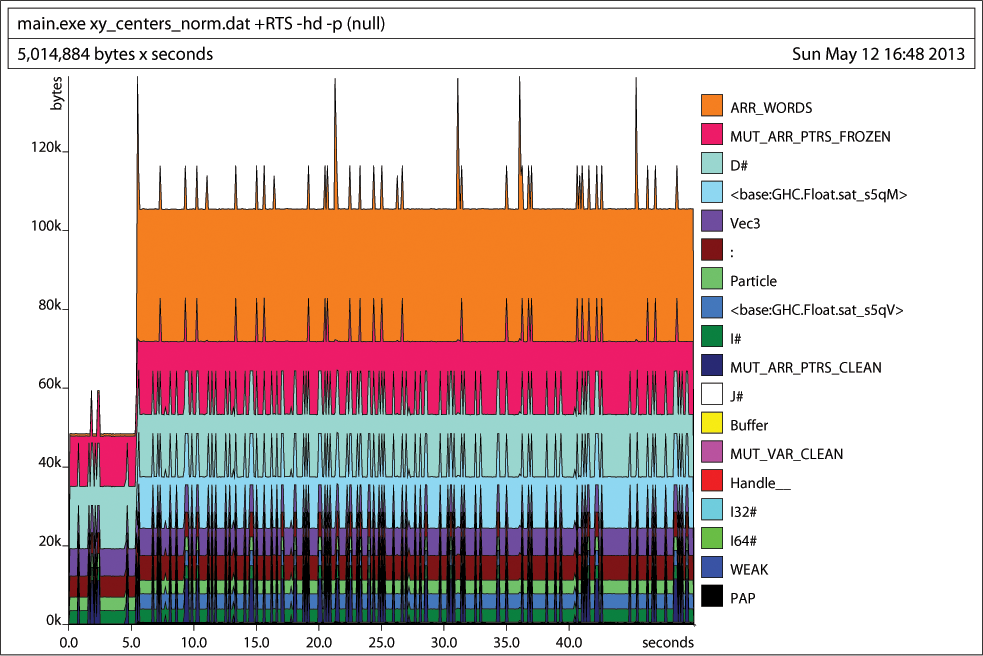 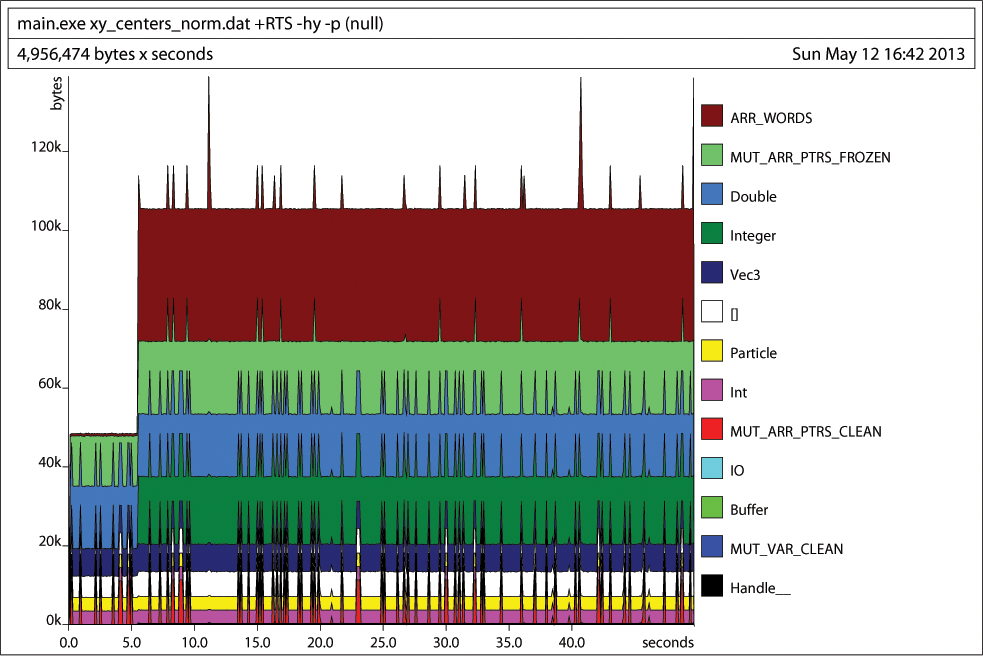 Heap profiling will not tell you much in this case - memory leaking is definitely not your problem. Using cost-centre profiling would probably be better suited for identification of the hot-spots.

After looking at the profile a bit (using home-grown tools), the worst offenders seem to be:

Actually, I might have mis-interpreted the profile for point number two a bit - the following is actually a big no-no:

Haskell can do a lot of optimization, but only if it has enough information. As it stands, getCell will get a prefix like:

Meaning that it traverse the list, checks that it contains exactly three elements, and then unpacks every Int separately. By passing (Int, Int, Int) or your own Vec3 you would give Haskell enough information to derive that it can skip all the heap allocation.

Now this is arguably nice code - even though I personally don't like overly tricky (.) constructions or usage of the list monad in the first place (list comprehensions!). The performance problem here is that this becomes something like follows after desugaring:

GHC will not unroll these, which means that you have constructed a multiple-level loop doing trivial list concatenations in a completely predictable manner.

If you for example wrote it as:

That would make offsets a global constant that only gets evaluated once and would allow GHC to fuse the map with the concatMap in neighbours, eliminating the intermediate list completely.

Some points on the structure:

Not the answer you're looking for? Browse other questions tagged performance haskell simulation physics or ask your own question.