So far, the game works well, and my only major concerns, are a bullet system (including a function where you click the mouse to shoot the bullets), and a collision system between the zombies and bullets, as I've tried many different ways to go about those two issues, with no luck. Anyways, if someone were to mind explaining how to implement these two concepts, with the code provided, that would be wonderful.

Iterative review from my previous question. 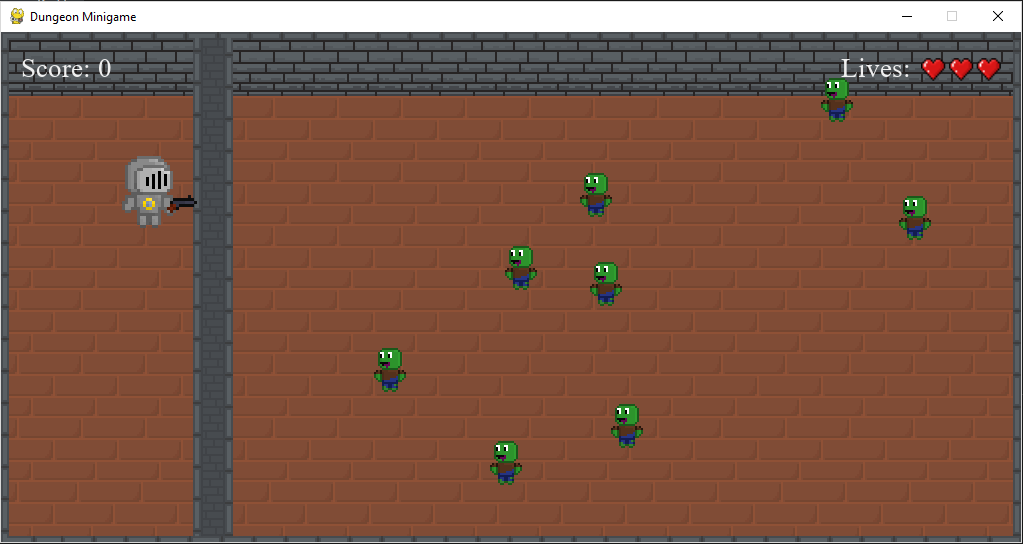 For now, let's assume that your bullets travel in a straight line from left to right, or from right to left.

Your zombies have a position, self.x and self.y. In addition, they also have an image that you draw on the screen (images['l_zombie'] in the Enemy.draw() method).

What I don't see is any mention of left-over pixels in the image. It could be that your zombie images are all the same size, but that there is a border of 1, or 2, or 50 pixels of "dead space" around the outside of the image.

For now, let's assume that there is no dead space. If dead space exists, you'll just have to do some subtraction.

You draw your zombies with the Enemy.draw() method, which uses (self.x, self.y) to set the position of the image.

You need to detect a collision. Since the bullets are (we assume) traveling horizontally, we can make some radically simplifying assumptions.

Since you are traveling horizontally, you can compute the bullet's dx on a given update.

Let zed be a zombie.

Assume your zombie image has 5 pixels of dead space above, and 13 pixels below.

We can compute the hit zone from this information:

The hit zone is the Y-axis band where a horizontal bullet can impact the zombie. If the bullet is above or below this band, it will miss.

Of course, your bullets can be more than one pixel high. In which case, we need to check for overlap.

Like zombies, bullets can have dead space in their image. So be sure and check for that:

So we have a bullet_zone and an impact_zone, and we want to check if they overlap:

If the bullet and zed are in the right range to impact, we now have to ask if an impact occurs right in this moment. Assume that we are doing this check after all the zombies and bullets have moved:

Now ask which side of the bullet we are on. The images are positioned based on their top, left corner. But we may want to worry about the right edge, instead of the left. Figure it out:

Now check if the bullet passed through the edge of zed:

For collisions, there are three cases:

In the first two cases, the bullet's oldpos was "before" zed, but the bullet's newpos is "inside or beyond" zed.

In the second two cases, the bullet's newpos is "beyond" zed's oldpos.

You'll have to make some similar-but-backwards checks for the right-to-left direction.

When you start moving in 2 dimensions, you'll have a rectangle to worry about. At that point the "right" thing is to compute the intersection of the line of the bullet with the rectangle or some other shape of zed. But if you can simplify the "edge" of zed to a line segment, it's easier.

The following example code does not attempt to implement your bullet feature, but does preserve your existing functionality, and fixes the up-to-now broken feature that had attempted to loop between the game and the main menu. 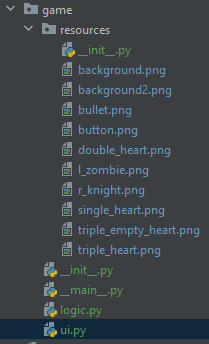 This supports the invocation

Not the answer you're looking for? Browse other questions tagged python game pygame collision or ask your own question.