I have a pet project (open source on GitHub) that I built as a learning exercise. It is a lyrics web application built in .NET Core MVC.

On the artists page of the site (view on mobile size viewport, it is only optimised for mobiles so far), I list all artists alphabetically. The artists are grouped by letter.

The code that builds that page is the following:

The code above works, but I feel like it isn't efficient. I feel like there's a better way of doing this.

Also, I am very unsure about the way I serve up images. My images are currently stored in the database as bytes and I have a controller that serves up the image. This seems to be really killing my performance metrics on https://web.dev.

I built this project to learn things. So I'd really love to learn how to do things "properly" even if they are deemed an overkill.

I'd appreciate some pointers on the above and also on how exactly I can improve the artist images situation. 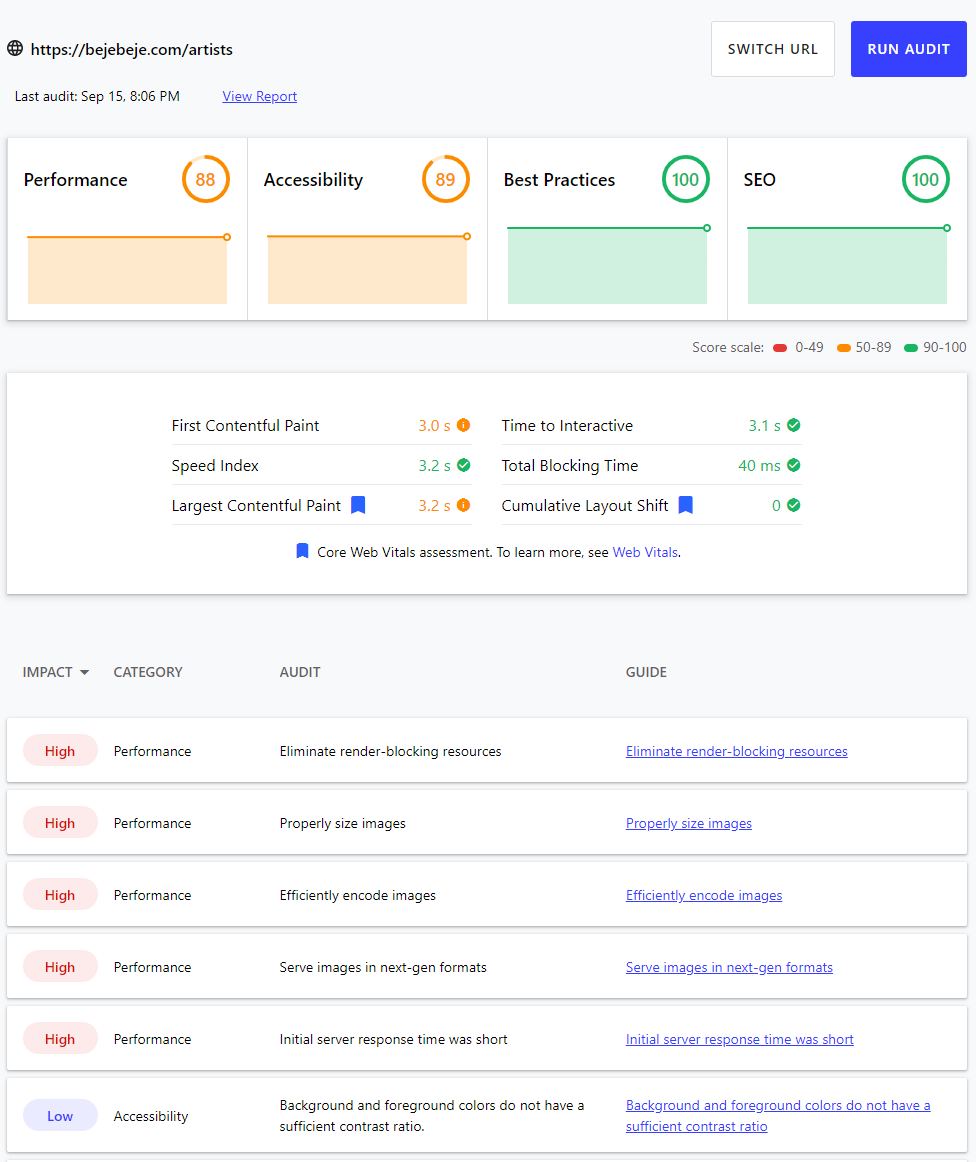 Well, you have a good learning exercise project. here is some notes on the artiest code you've provided :

In your code, sorting operations should not be done on the presentation layer, in fact, it would be more beneficial if it's moved to early application stages like sorting artists in your case, your application has a core feature to filter artists names in alphabetical order. This means, this functionality needs to be applied to the data before it's even inserted to the database, because it's used as a core feature and not an addon functionality.

There are different ways to do it though, one way is to add a property stores the first name letter like this :

Then, you would do this in GetAllArtistsAsync():

Though this would give you what you want, it would take out some tiny performance. As I stated before, since your artists are supposed to be sorted, you need to sort it from the time you insert the data, either from the database which would be faster, or on CreateNewArtistAsync action. So, in your Get you won't need to re-sort on every request.

Not the answer you're looking for? Browse other questions tagged c# mvc asp.net-core or ask your own question.