Currently Rubberduck VBA files all the VBProject VBComponents in that do not have a Folder Annotation in a Folder named after the VBProject. It can be time consuming to manually organize the components for the first time and a inconvenient to add annotations to every Worksheet, Userform, Class, ...ect. When ran my code will organize any unfiled component by ProjectName.ComponentType. 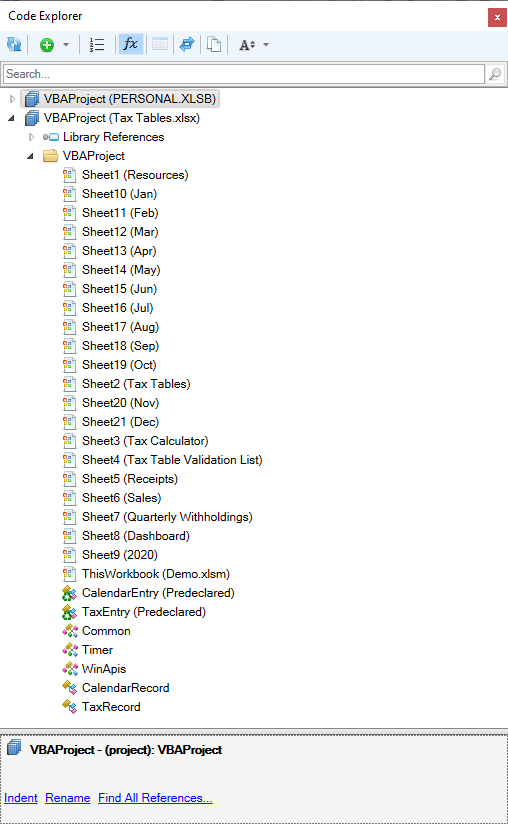 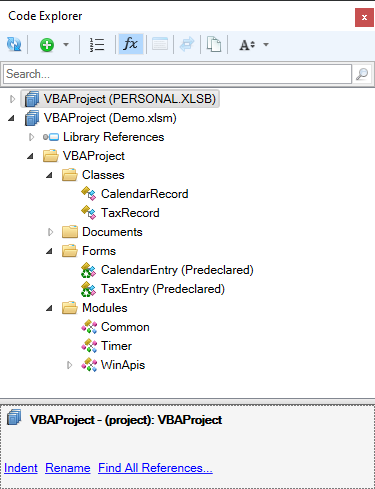 You will need to add a reference to the Microsoft Visual Basic for Applications Extensibility 5.3 and from file options check "Trust access to VBA project object model".

Note: I purposely kept all the functionality in a single procedure for portability.

Kudos to the Rubberduck team the latest version Rubberduck VBA v2.5 is a C# WPF that follows the MVVM pattern to the letter!

That condition can technically be True in modules that don't actually have the annotation; a @Folder Rubberduck annotation is only valid in a module's declarations section, so there's no need to grab the module content any further than .CountOfDeclarationLines - if the module is nearing the 10K lines capacity, using this instead of .CountOfLines could make a significant difference in the size of the string being passed to the InStr function.

I wouldn't repeat the concatenation here - just work out the last part of the name per the component type, and then concatenate with Project.Name & "." (I'd pull the separator dot out of the Case blocks as well) - and then I might give it a bit of breathing room, but that's more subjective:

I like the @Folder("Parent.Child") syntax and I see that's what you're generating here:

Note that this would also be legal... and simpler to generate:

Obviously if you prefer the parenthesized syntax (either works, it's really just down to personal preference) like I do then by all means keep it, but Rubberduck's new Move to Folder command doesn't put the parentheses in. I'd probably have the single-quote ' character spelled out, too, but I can see how a ' might be harder than necessary to read in the middle of a bunch of " double quotes. On the other hand, defining a constant for it would remove the need to have the "@Folder string literal defined in multiple places:

I have to mention that Rubberduck deliberately shoves all modules under the same default named-after-the-project folder (they can easily be sorted by component type in the Code Explorer), because we strongly believe grouping modules by component type is utterly useless and counter-productive: when I look at the code for a given functionality, I want to see all the code related to that functionality - and I couldn't care less about the component type of the code I'm looking at... it's mostly all class modules anyway.

A sane way to organize the modules in a project, is by functionality: you want your ThingView user form in the same place as your ThingModel class and your ThingPresenter and the Things custom collection - that way when you're working on that Thing, you don't have to dig up the various pieces in an ever-growing list of components under some useless "Class Modules" folder.

Not the answer you're looking for? Browse other questions tagged vba excel rubberduck ms-access powerpoint or ask your own question.