I'm experimenting in Unity with a tile-based game with crisp 32x32 tile textures and pixel perfect camera. I did not like the results coming from Unity's default Tilemap approach mainly because due to the crispiness of the textures, the edges between them (biome boundaries, if you will) were too sharp for my taste. I wanted to have a small margin between tiles where they interpolate smoothly.

As such, I eventually googled out that transitions and blending of textures can be done with shaders, a topic completely new to me, but I accepted the learning challenge. Thus, I present for review my first shader (of course after a few iterations and polish).

Sorry if the following introduction is overly lengthy or trivial but I felt a conceptual overview was necessary.

The challenge: blend the main texture with 4 adjacent ones within its margin (which is adjustable, but looks best to me at 2px for a 32x32 tile): 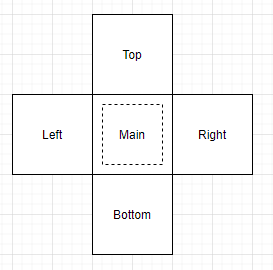 We blend the textures in such a way that inside the tile and at the inner edge of the margin, the tile is rendered at 100% strength. Within the margin we then interpolate linearly into the adjacent texture up to the tile's edge where they mix at a 50/50 ratio (that tile will then blend from 50/50 to 100% of itself within its own margin).

In the corners, we blend all three contributing textures linearly, where the corner mixes at a 50/25/25 ratio (yes, it's a potential discontinuity but we never actually render that as a pixel). Here's a zoom to the top right corner with a couple points probed: 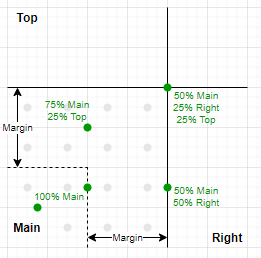 Code incoming. The textures get assigned in my C# code to a temporary material, which passes them to the shader. Additionally, we need to handle literal edge cases: when the tile is the edge of the map, we turn off blending in that direction (also when adjacent cell has the same texture) and main texture applies 100% up to the edge. We do that using the _Blend* directives.

In terms of code correctness, I'm fairly sure it works well, at least I'm satisfied with the result and pretty proud of it: 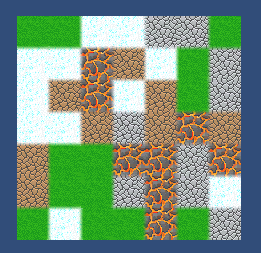 Addenum: In case it's relevant to understanding the logic, marginCalc basically recalculates the position in one dimension [0; 1] into a position with regard to the margin (0 - solid within the tile, 1/-1 - on the edge of tile): 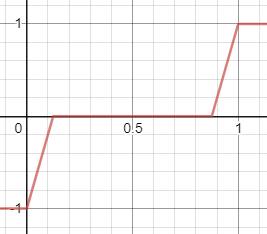 (Self-answer, and not comprehensive by any measure)

After some consideration and more experimenting, I can offer one insight to this approach. It does not relate to shader code in any way but rather the structural approach.

The shader is too "fat" and deals with too many textures/does too many things.

Since every tile is rendered by a prefab, managed by a hand-written grid manager (remember, we're not using Unity's Tilemap here), we can make it more complex than a single quad with a single material and shader.

Solution: "9-slice" the tile into 9 areas

It's a solution inspired by the idea of 9-splicing sprites to reuse them more effectively and avoiding texture scaling issues. 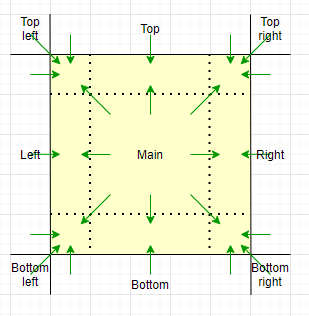 The tile in question (highlighted in yellow) is split into 9 areas (each of them is a separate quad with its own material-shader):

A significant improvement over a single shader, with massive bloated logic and dealing with 5 or 9 textures.

A snippet from the edge shader:

Sneak peek into the final result: 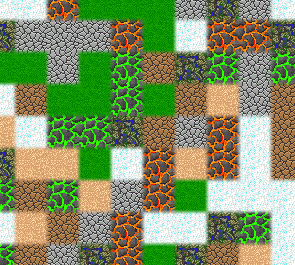 And with very wide margins (0.25 of tile) for comparison (although I'd never go this high in an actual game): 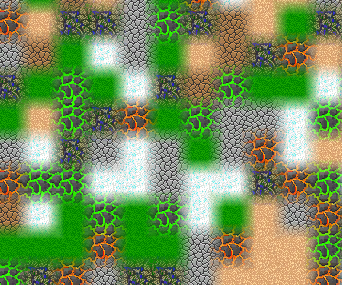 Not the answer you're looking for? Browse other questions tagged game unity3d hlsl shaders or ask your own question.