I'm doing a little more grad school, and for a group project I wanted us to be able to quickly share and update our project, so I coded up a Python script to handle that. As usual, I'm proud of the work, but I'm here for you to tear it to shreds again.

First, the imports, some globals, and the main:

The main function outlines the work of the script. The just_built variable ensures that if we just built the project (probably more than 5 minutes to do) we don't sleep for another 5 minutes, we first do another git_pull(). The try wasn't really used, but it would keep the script running if there was an problem encountered. The rest is straightforward.

The WD is the working directory where the git repo resides. To make this work I did have to chown the serving subdirectory to my user from root.

As a matter of style, I prefer to put my main function at the top - it's where the outline or table of contents should go, right? It calls the following functions in the rest of the script:

To sum up, I poll every 5 minutes with git pull and if we don't pull down anything, we don't build. I do this under the presumption that git has the best API to check to see if there's anything to do. Yes I could have used github webhooks instead of polling, but I'm not set up to accept POSTs yet (and not sure I want to expose that functionality yet...) and besides, github didn't complain.

To build, it calls 'nix-shell --pure --command "make all"'. To sum up, Nix ensures the requirements (via shell.nix, at the bottom) and then make runs the all in my makefile:

In spite of calling rmarkdown::render one time, it seems to re-run all the R code twice.

(and then pull, reconcile, merge any changes, and re-push, if it's necessary.) 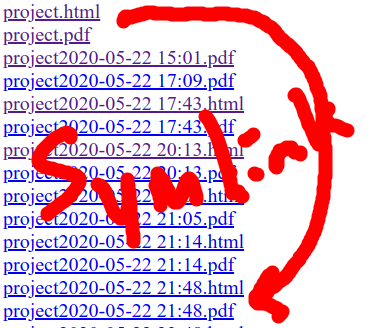 One downside of this approach versus alternatives is that I had to have a user shell open and running it. I could have detached via tmux, but... I didn't. I'm locked down at home anyways, so no big deal.

I could have also used Jenkins (which I will eventually get set up with regardless) but I didn't have the time to set it up, and until I do some version of this script will work fine.

Here's my shell.nix file, which ensures my requirements are in-place in the environment (i.e. in my PATH file) before building the project. I'm using NixOS on this server, so Nix is a natural choice for this purpose:

This all built an Rmarkdown file that's also the work of others, so we can't show that here.

The question is, how do I improve my code?

Instead of cron, you can register this as a systemd service with a timer. This elevates the timing out of the Python script and enhances control over timing tenfold. You can then work with return codes of the Python script for further action (e.g. Restart and RestartSec=300 keywords). This can get rid of the currently awkward try/except blocks and the helper just_built.

NixOS seems to have the capability (under Creating Periodic Services).

At the end, you have a clear and clean Python script that does not have to be kept alive continuously and does one thing well. Further, you leave the timing and success handling to a facility that is much better at it than a time.sleep can hope to be.

The overhead configuration is not a lot; you seem to have more scripting experience than me, and I managed just fine. To get you started, the systemd.service file can be:

You can even play with things like ExecStartPre=/usr/bin/git pull to separate out the git pull part, which seems more natural as a systemd command than in a Python script (since there, it requires run, split, ...).

More info on the .service syntax is found here, and here is more info for the .timer syntax.

As a second thought, the git_pull function does not seem terribly robust. A quick check reveals that a git pull when already up-to-date returns 0 (which is fine, but not useful here), which is probably why you implemented the function the way you did. But what if that status message string ever changes?

A different approach is found here, and put into your code, it can look like:

This is more robust in the sense that it does not rely on a specific string in stdout. However, it has two distinct disadvantages:

See if this can work for you, since it is not a strict (no downsides) improvement.

Your codes look great and you seem to be a Python master already, but I would just raise a very minor issue that I'm not even myself good at it (not to mention that I'm not really a code reviewer and here is a good review).

You can certainly improve on naming your variables much better:

2
Improving SQLITE3 Left Join Performance
3
Python script to touch files of a particular pattern in all folders of a given name
2
Run several Python programs and check for errors
9
Avoiding shell injection when calling Git in Python
1
Find a value between two of the same characters in a string using Python
8
Python library for tio.run interaction
3
Snippet to get all local classes from a module
2
A Python script to install a number of useful programs and packages on a fresh Linux-based device