My agent-based simulation spends about 60% of its runtime in one function, as the profiler shows. 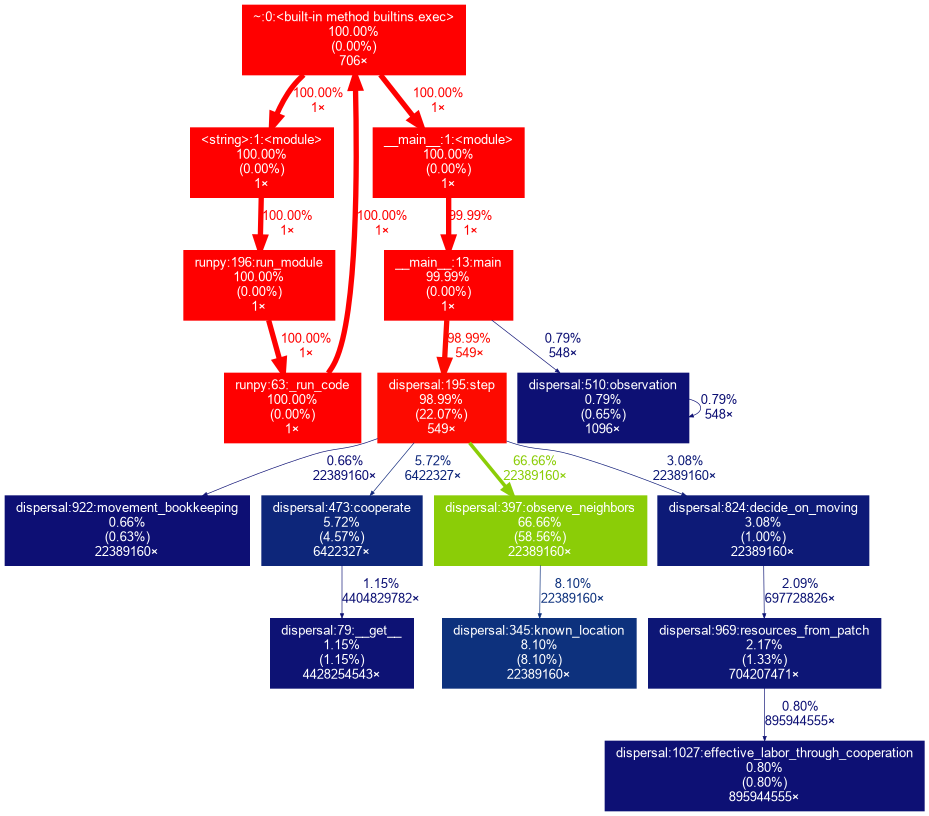 That function looks as follows.

Family is a @cython.cclass with only a handful of attributes and a single property.

Like observe_neighbors, known_location is a C function, an inline cdef int.

That attention function is defined in an actual Cython file as

Browse other questions tagged performance cython or ask your own question.