Given a list of words, each word consists of English lowercase letters.

Return the longest possible length of a word chain with words chosen from the given list of words.

As a speedup, I was expecting some sorting to be performed on size; I'm a bit surprised to only see maps in this regard. HashMaps behave well, but I wonder how much faster it would be if the size was taken care of before trying to find stuff by comparison (of hashes or values).

One problem I have with your solution in general is the naming of the variables. Yes, an index is an index and a vertice is a vertice. But an index of what?. It doesn't help if you then throw everything on one heap; one method with a single helper method. The method goes 4 deep and contains other branches as well.

That doesn't seem right to me, just forward it using a parameter, but don't use fields unless necessary (e.g. this makes the function not-thread safe, while accomplishing nothing). Furthermore, in Java you don't declare anything until you're prepared to initialize it.

Using a special case for zero is nothing to be ashamed of. Zero is such a special number that the Romans didn't even have a representation of it. However, it does make sense to check if your algorithm doesn't run even if you have a zero (does it?).

To a new developer it is entirely unclear what adjList means here.

This should be performed in a separate method, so that you get the least amount of loops (and don't use i to mean separate things).

What about smallerWord or similar as name instead of curr?

your major flaw is your poor data design. As described in the question you have

1. find out when one word is a predecessor of another

this describes an algorithm on how to find out if one word is a predecessor of another. you should provide at least one method that does only this and only this:

compare letter by letter and if you come to one breaking difference you continue with index+1 - if all other match, then we have a predecessor. You iterate only once over the whole word. 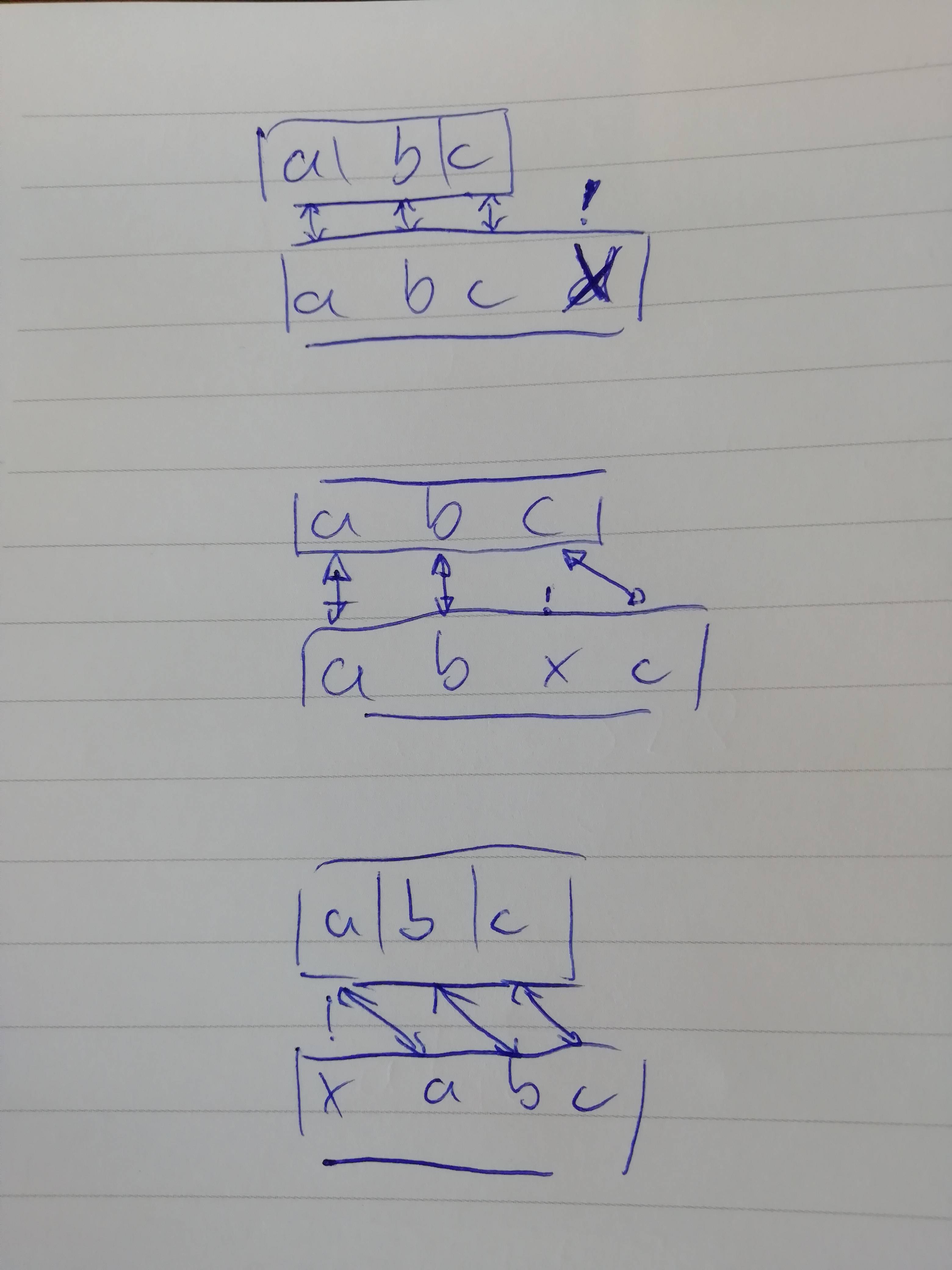 2. A word chain is a sequence of words, where one word is a predecessor of another

that leads to the following data structure where you can store a word and its predecessors. Such a data structure makes the code very clearly to read later.

the algorithm with these applied methods and data structure would be fairly clear:

since we don't care which predecessor we choose (predecessors.get(0)) it's a bit unpredictable which word chain we get. - but we're guaranteed to find one longest!

Not the answer you're looking for? Browse other questions tagged java programming-challenge graph dynamic-programming or ask your own question.