I am allowing user to upload images & drag uploaded image once user click on mask images, also gave an option to Edit the text....

I am fetching mask images and text from json file....

I am uploading each mask images in single canvas & using absolute positing....

But now its getting very difficult to do any code changes because the code structure looks very bad, i have no idea how to improve the look and feel of code structure , need help..... 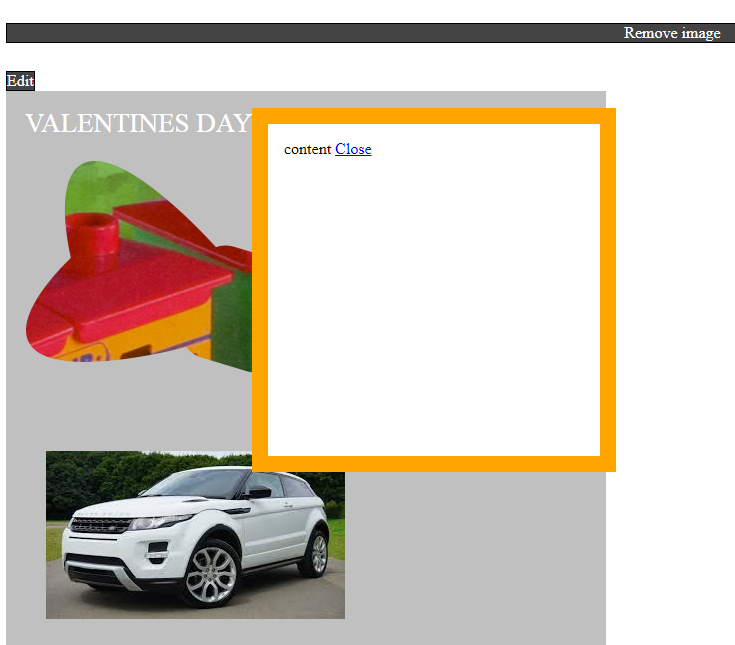 It looks like this code is very similar to the code you posted last month, and in that review blindman67 recommended you consider eliminating the jQuery code. While it isn't imperative that you do so it would perhaps simplify some code and decrease page load times - not that it would likely be a dramatic change but could be less.

You could consider moving anonymous/lambda functions/closures out to named functions - this would allow decreasing the nesting levels.

If you keep the jQuery code, perhaps the suggestions below will be helpful.

While that syntax of $(document).ready() still works with the latest jQuery version (i.e. 3.3.1 at the time of typing), but is deprecated and the recommended syntax is simply $(function() {})1.

I see this variable declaration:

That value is never re-assigned, so it could be declared with the const keyword and a common convention among developers is to name constants in all capital letters and separate words with underscores. Additionally that name is somewhat vague. Maybe a better name would be DEFAULT_IMAGE_URL or FALLBACK_IMAGE_URL.

It is wise to cache DOM elements in variables instead of repeatedly querying the DOM2 - e.g.

If that element is the only container on the page, perhaps it would be appropriate to use an id attribute

and then select it in JavaScript with the id selector:

Then that can be referenced later in the code - e.g.

In order to use that in drawText() the scope would need to be widened (e.g. outside of the DOM-ready callback, or have that function moved).

Other elements used frequently that can be cached are $('#fileup'), $(".container"), etc.

In function json() I see a for loop that starts like this:

That first line inside the block will be updating the css of the container element once for each iteration of arr. It would be better to move that call outside the for loop in order to avoid excess function calls.

Lower in function json() I see this line:

But I don't see fileup declared as a variable, local to this code or function, which means this is utilizing a global variable. As joews explains in this answer to Why don't we just use element IDs as identifiers in JavaScript? the HTML5 spec advises against using Named access.

Returns the indicated element or collection of elements.
As a general rule, relying on this will lead to brittle code. Which IDs end up mapping to this API can vary over time, as new features are added to the Web platform, for example. Instead of this, use document.getElementById() or document.querySelector().3

Additionally, setting the onchange property of an element would overwrite any previous onchange handler. If there was a need to have multiple events then you can use Event.addEventListener()

At the end of the first click handler on $('.container') I see:

This could be simplified using a Bound function:

The CSS has a few peculiar aspects. First, I see an empty ruleset for .temp. Also, some of the lines have unique indentation levels- some have tabs while others have two spaces, yet the majority have four spaces

It would improve readability to make all indentation spacing uniform.

In your review Edit and delete uploaded images code inside script tag , which also has very similar code to the code here, x539 recommended using template tags and you asked in comments how to make the styles change. That can be done with JavaScript after the template is cloned - similar to the MDN example that modifies contents after cloning.

Instead of inserting the cloned element immediately:

modify the sub-elements in-between. Use a traversal function like .find() to locate the elements to alter.

Not the answer you're looking for? Browse other questions tagged javascript jquery ecmascript-6 html5 or ask your own question.