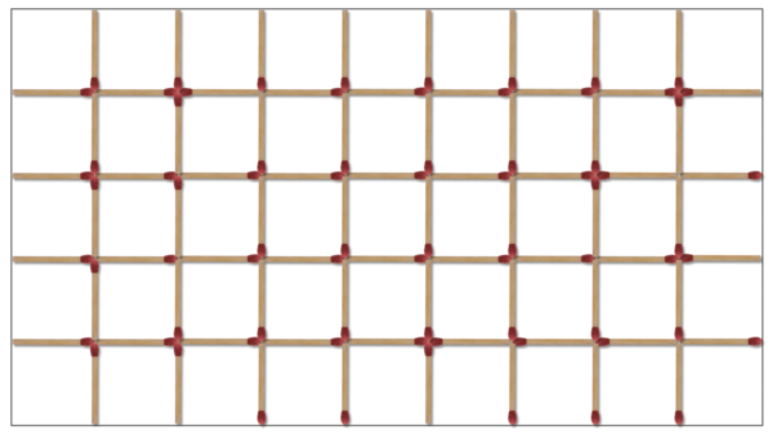 We can play a chance experiment where each matchstick can be removed with a certain probability \$p\$. We can define the ratio between number of cells with area less than or equal to 3 and the total number of cells pre-experiment (\$m \times n\$) as score. We need to find the expectation of this score for a given grid specified by \$m\$, \$n\$ and a given probability \$p\$. 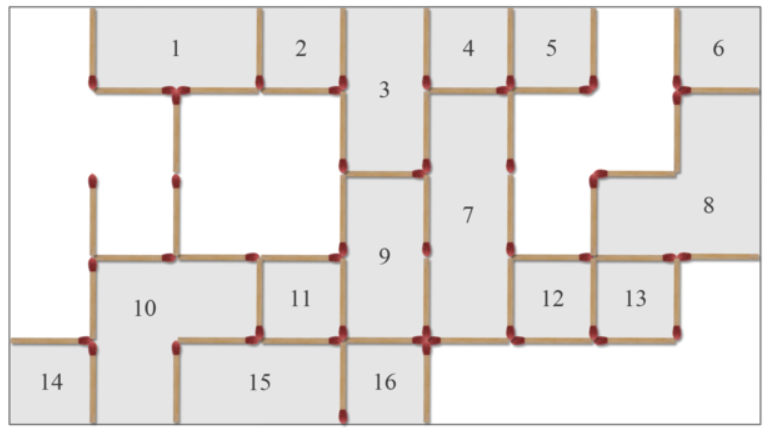 It is sufficient if we calculate the expected value of the score within an absolute error of 1e-9.

The code I have produced till now is:

My reasoning behind it is:

It works as expected. However, in the question we are required to find this value correct to 9 decimal places. My code doesn't exploit this. Also, it is incredibly slow.

Can you help me with math ideas or alternate algorithms that can help me leverage the accuracy requirement into speed? Is my code style consistent enough? Or does it cause much confusion?

This is the max-3-cell problem in a two-dimensional setting. I wonder if we could make analytic progress against this by considering the max-2-cell problem in a one-dimensional setting. There must be some sort of symmetry we can appeal to. Considering the density on an infinite line or an infinite plane would let us ignore the complexities of boundary conditions, at least for a little while.

PEP-8 asks that you not use caps for such variables. Prefer snake_case names like u_neighbor or u_connection. Run $ flake8, and heed its advice, before sharing your code. Also, typo: column.

You made a modeling choice here, that the Von Neumann neighborhood should be represented as union of four distinct unrelated things. I don't agree with that perspective. I would prefer to see a vector of four similar things, where you iterate through this list:

If a modern python is available to you, it would be more natural to use an f-string:

Here is some tediously repetitive code to express the notion of adjacency:

Recommend using a single assignment that loops through the von_neumann list of delta x's & y's above.

It's not clear why there's no symmetry between horizontal and vertical. At a minimum it warrants a comment.

This is lovely C bounds checking, and you can certainly keep it. But consider following the pythonic "ask forgiveness, not permission", by using try / catch IndexError to deal with the borders. Same remark for CalcExp.

Also, no need for ( extra parens ) in a python if statement.

Couple of issues with this one:

So that would leave us with:

or even more simply:

Similarly a subsequent line would be if not accounted:

More tedious statements follow, that could be a loop through von_neumann.

In def connected_regions, this takes too long:

Please use a generator expression:

Why? Because any() will bail out early, upon encountering 1st True.

Kudos for using set(), so the in test will be fast.

In python we prefer to phrase that as score += 1.

The name calc_exp surprisingly turns out to relate to expectations, rather than math.exp or exponentials.

This is a bit cumbersome:

Better to store a single list of (score, prob) tuples. It would simplify some manipulations farther down in the function, including allowing you to finish with return sum( ... ).

Consider writing code that depicts how a given configuration of matchsticks turned out, with markings of the 1-, 2-, & 3-cell regions. This would facilitate manual checking of your results for a couple of particular configurations.

Run flake8. Follow its instructions. This will make your code more easily understood by people who interact with it.

Not the answer you're looking for? Browse other questions tagged python python-3.x programming-challenge or ask your own question.