I wrote a script that gives a "generalized" function of an arbitrary dice. Is this any good? How can it improve so to make it cleaner?

Since you need to roll many times in the chance_overlap function, you might want to optimize making n rolls, using random.choices (Python 3.6+):

Here I chose to include it in your roll function, which is nice because you only have on function, but you do have different return types depending on the value of k, which is not so nice. If you want to you can make it into two separate functions instead.

I made chance_overlap take a variable number of dice so it even works for more than two (and also for one, which is a bit boring).

The all_equal function is directly taken from the itertools recipes.

Using a Monte-Carlo method to determine the chance for the dice to get the same values is fine, but you could just use plain old math.

The nice thing about this is that we don't need to worry if not all dice have the same values, since Counter objects return a count of zero for non-existing keys. 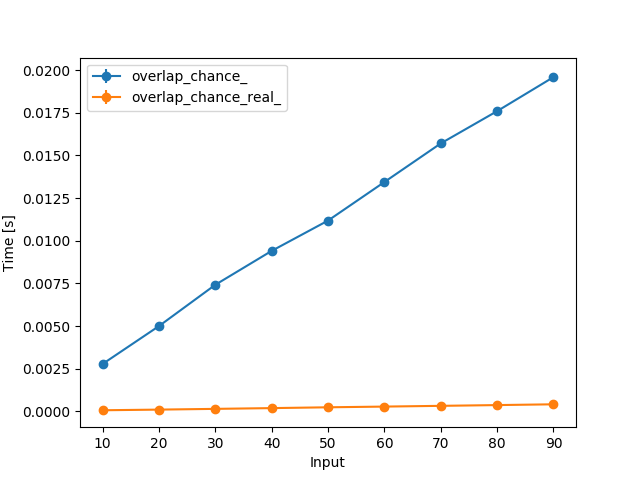 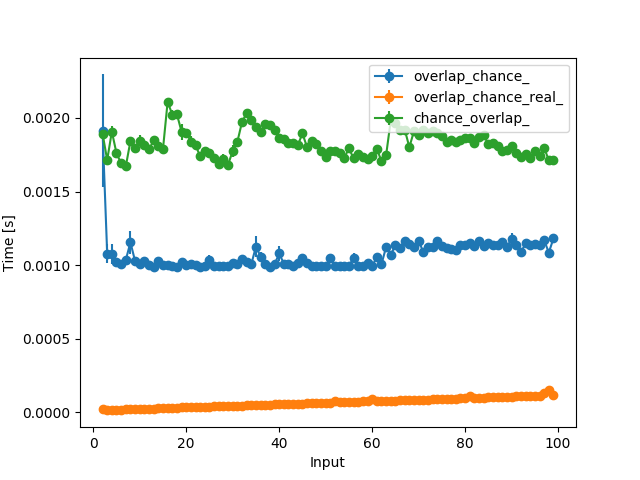 You could instead check only the first character of the input (case insensitive), rather than expecting the whole keyword.

Likewise elsewhere in your code.

Rather than putting code between functions and also at the end of the file, instead use:

has two problems. First, don't store multiple cases for one word - just store lower (or upper) case - I prefer lower, because no shouting.

Also, it shouldn't be a list. It's getting tested for membership, so make it a set. In other words,

Run your code through a linter. It will catch several things, including

15
Plot timings for a range of inputs