After implementing SAT (separating axis theorem) and not being happy with it only working on stationary shapes, this in theory allowing for fast objects to glitch through others, I came up with this approach to detect collisions between moving objects.

The idea is quite simple:

I figured that, if two shapes A and B aren't intersecting in their starting positions and A moves relative to B, the two shapes collide if and only if
a) any vertex of A crosses a segment of B or
b) any segment of A touches ("sweeps over") a vertex of B.

A vertex of A collides with a segment of B when the segment from A to A + V, V being the velocity of A (aka. it's movement) intersect. That is implemented in the line intersection method of the line class (see below).

As you can see, I only need the linear combination of a given vector and that same vector rotated by 90 degrees, making it quite trivial. Implementation with two vectors is irrelevant to this situation and may get implemented in the future should I need it.

Okay, that's pretty much it. I have done some testing using busted and it seems to work, but I am not sure if I may have overlooked some stupid mistake that might lead to complications later on. I am also unsure if that algorithm will be fast enough. Considering 3D games do complex collision detection these days, I would assume even a slightly slower algorithm wouldn't impact a 2D game on a modern gaming PC, but since this is löve, would this run on a mid-tier android phone or tablet at an acceptable framerate?

As a small extra: The angle at which the first vertex collides with a segment of the other shape, can easily be used to obtain the angle to apply a force to both shapes at the point of collision. This can mean anything from just bouncing the entire object without considering center of mass, to more advanced phyiscal calculations that apply an actual force to the object. While this is interesting and a nice feature of the algorithm, it is trivial to implement and thus out of scope for the actual question.

I'm not experienced in LUA, so I can't comment on the code style itself. But I can on the algorithm and implementation. 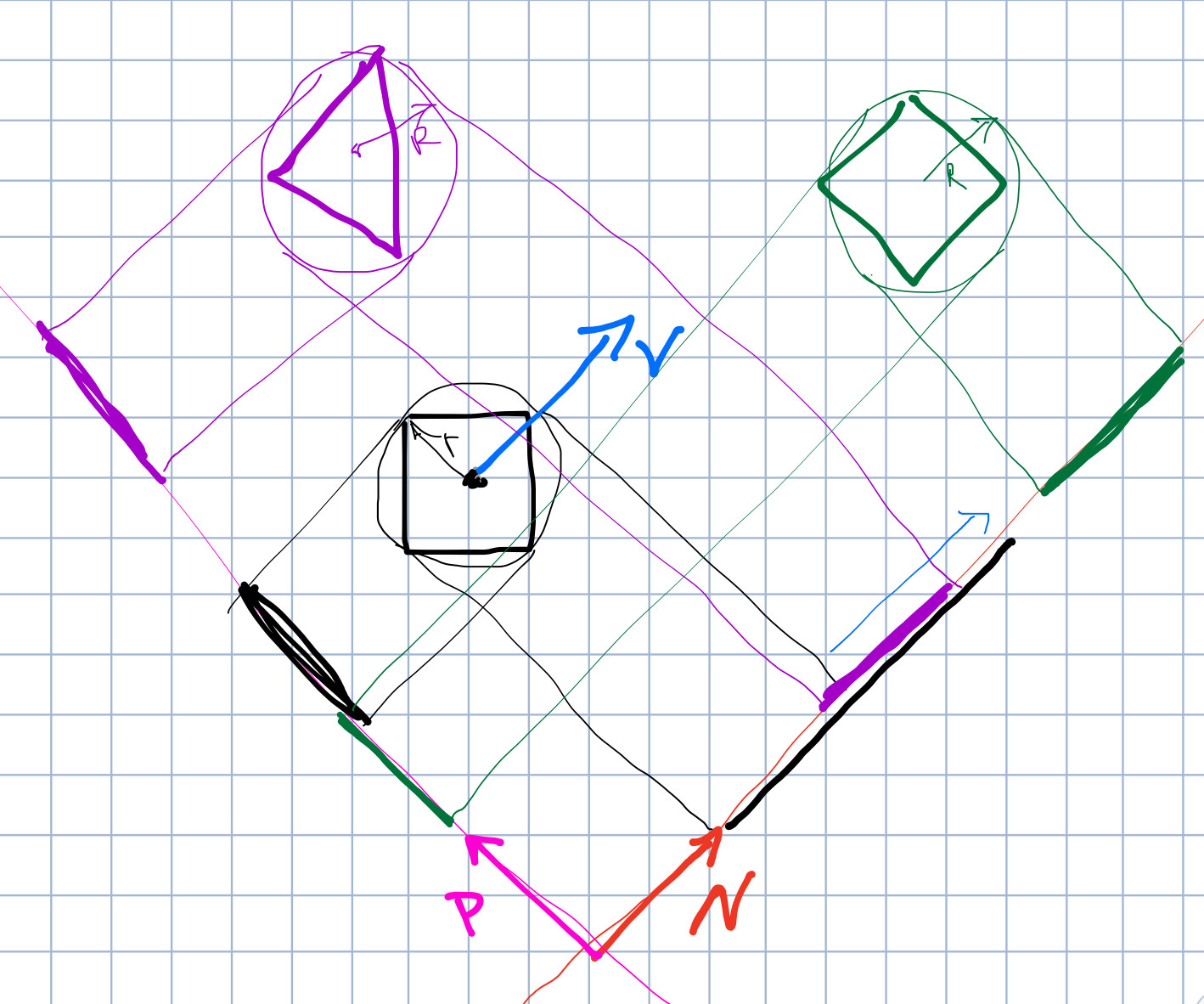 Once you've decided that the object could collide (projections overlap on both the movement and perpendicular axis), then you can start computing whether the line segments overlap.

Computing the angle of the segments, in order to transform them to (0,0)-(1,0) is an expensive operation. It is easy to compute the intersection of two line segments. See how do you detect where two line segments intersect? Simple multiplications and divisions; no transcendental mathematical functions are necessary.

Not the answer you're looking for? Browse other questions tagged performance collision lua or ask your own question.