I have to write a Blackjack game for college using the Processing language. It has to be done in a strict object-oriented approach, so I can't make an object of a class in another class unless there is some connection.

We have to use a Player interface:

I have done a storyboard for the game:

I am planning to have a class called ScoreTable where I can keep and show the scores and a Button class where I can draw the buttons.

What kind of classes should I have? Should I have a ScoreTable class which implements Player, and also a standalone Button class? 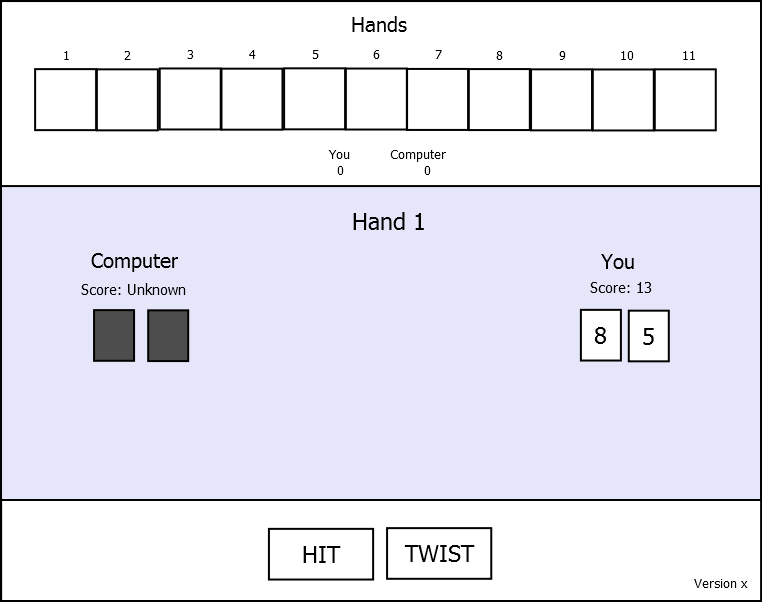 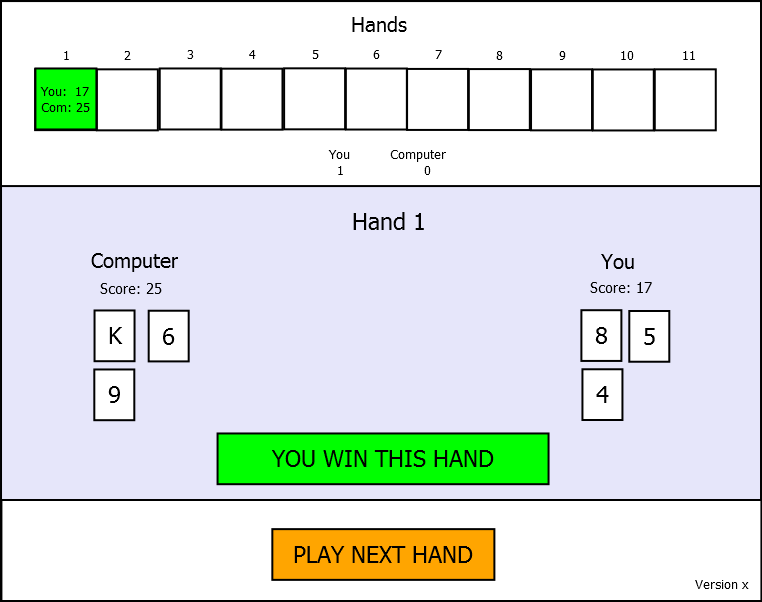 You are beginning to mix up the business logic with the user interface. You should (be able to) design a "game driver" class without regard to user interface. You want to keep your GUI code separate from your game logic code. And another OO paradigm is to create new objects separately and pass them into where they are used.

I see a Game class ( "Dealer" might be a better name) that handles the cards, deals them to players, etc. Then your ScoreTable class wires-up it's buttons to the Game methods. For example a "Deal" button's click event handler might be Game.DealCards().

pseudo code for the idea:

Can i have a ScoreTable class which implements Player and a stand alone Button class?

Do not do this. Think in real-life terms to keep things straight. A ScoreTable is a Player? That does not make sense. A ScoreTable has to display stuff on the screen so it is (inherits from) a Window - whatever the appropriate class is in Java.

What kind of classes should i have?

I see a ScoreBoard class. Your diagram inspired the thought. The diagram directly suggests the class would have an array (of hands) each element of which holds the final score for both players. This data structure, then, maps clearly to your UI concept. I see it as a separate class because it keeps score for both players, so it is inappropriate to be inside the (individual) Player class. A Player might have his score (hand) for the current game, but not past games, and certainly not the past games of a different player.

Not the answer you're looking for? Browse other questions tagged game classes playing-cards processing or ask your own question.