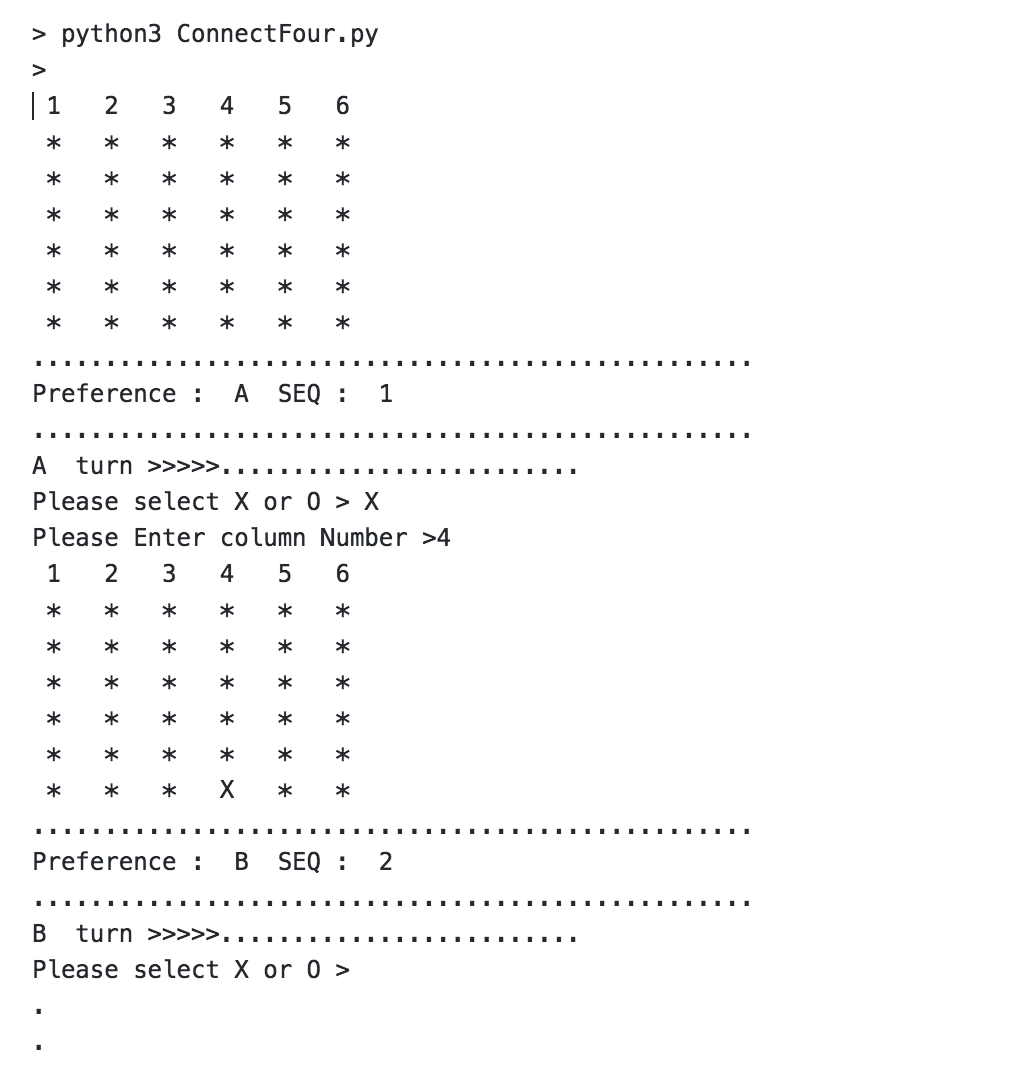 I've had a quick scan over the code, and a few things pop up:

The User class is overly complex for what you're actually doing with it (though you might have plans to use it more in future?)

and then toggle whose turn it is by just flipping between users[0] and users[1].

(If you keep the class, you could store the User instances in a list and get the same effect).

Your match strings (OOOO and XXXX) - it might be better to build these by doing:

That way you can easily configure the game later to alter the win condition by changing the variable.

Alternatively... you can not worry about maintaining WINNERX and WINNERO at all - and just test if the string contains the same character n (4) times:

The same string multiplier could be used in other places for neatness - such as the `print(".....") lines.

You might also want to set board size variables and use them in the range calls that set up the board, colNum etc, to allow a different board size easily.

Your use of winFlag/break could be removed - since you only use it to then return winFlag. Why not just do return True or return False in place of setting/breaking/returning?

imports - you're importing several libraries you're not using - re, string and `sys.

You might want to consider using format for some of the print statements joining strings. If nothing else, this would remove the need to cast int to str in print statements.

str = "" - str is a builtin method so shouldn't be overridden - choose a different variable name.

Finally, consider running the code through pylint and pycodestyle - there are a number of minor layout and formatting issues that would benefit from fixing.

Hopefully that's enough ideas to be getting started with!

Not the answer you're looking for? Browse other questions tagged python python-3.x game connect-four or ask your own question.