Test for Array vs Range in my TEXTJOIN UDF

I use the following code in many of my answers on Stack Overflow, to mimic the new TEXTJOIN function available in Office 365 Excel:

The question is: Is this the best method to check for array vs. range? Is there a better method?

As stated this works, nicely with both, but I have to think that I am doing it in a round about manner.

With default settings Rubberduck will also complain about Dim t As Long, y As Long, because having multiple declarations in a single instruction isn't ideal.

The variables are declared at the top of the function rather than as close as possible to their usage, which makes it hard to see what's used where.

If the Microsoft Word object model is referenced, you can pass a Word.Range object and it will happily take it; same if I made my own Range class and gave it an instance. Use the TypeOf operator to perform compile-time type-safe type checks:

Note, in the Else branch arr could literally be anything - but you're assuming it's an array. You could use the IsArray function to make sure of that, and then you can also assert on the upper bound using a rather ugly helper function, to make sure you're looking at the 2D array you're expecting.

And with that naming scheme I think I'd rename the arr parameter to source.

Ah, ok, so that condition is leveraging the fact that VBA would have thrown an error given a 1D array, leaving t = 0. Not very obvious, let's improve that.

But first we need to tweak the assertions - we don't really want a 2D array, we just want any array with at most two dimensions. So... let's be less forgiving given anything other than that:

And now that If statement can be much more explicit about what's going on and why:

Now all these concatenations are inherently slow. I realize that's "just a worksheet function" and you'd like to share it as a single, simple, cohesive and focused little piece of code... but given thousands of iterations, VBA's string-handling will start becoming the performance bottleneck of the function.

There's a lightning-fast StringBuilder class right here on this site that you can use to address that.

As a bonus, using a StringBuilder makes the function assign to its return value only once - as opposed to what you have now, which is treating the return-value-identifier as if it were a local variable (which it technically is, ...I just don't like doing that).

Not sure why the d / column loop is inconsistent here:

This code will throw an error (by design?) if the array contains an Error value:

You could have a parameter that helps you decide how to treat errors - perhaps an Enum could be used:

ThrowOnError would be the current/default behavior; SkipError would treat errors as blanks, and IncludeErrorText would include the e.g. #N/A error text into the result.

Except, once you have an Variant/Error value and not a Range, it's pretty much impossible to get the text back (unless you want to map CVErr(xlErrWhatever) values to a corresponding string... probably not worth it) - so scratch that enum value, and the behavior becomes either throw on error, or skip error values. And that's entirely possible, and quite easy to do - an additional optional Boolean parameter could be helpful for that.

Now, that's the 2D loop.. the 1D loop does essentially the same thing.. and that's annoying. I'd extract a method for that.

That turns the logic into:

Disclaimer: I know you are asking a relatively straightforward question, but this is CR after all...

Checking an array versus a range is perfectly fine (assuming this function will generally be called from the worksheet), but there are some important considerations to be made.

First, it took me a few minutes to decode what your code is doing. Given that you are quite active in the community (and thus you are helping reach many people) it would be worth investing in a copy of 'Clean Code' by Robert C Martin. This is a book that was recommended to me by Mat's Mug, and has completely change how I think about code, and how I approach coding.

As a result, the first thing I noticed was how the small things within your code add up towards a larger potential for bugs. For example:

That was the first step I took in making your code make a little bit more sense. By extracting the two loops, and the dimension check, the main routine becomes much cleaner, and gets to rely on a few Private Functions to do the work it needs to do. The beauty of this is that your code now explicitly says what it is doing (anyone could read the code, regardless of whether they have been coding for days or years).

The next step I took was explicitly checking for the supported types. For example:

If arr is a Worksheet for example, you will get a With block or Object variable not set error when trying to assign arr2 to arr (the names here are troubling as well). Let's explicitly raise an error if someone passes a value we don't currently support:

The beauty here is that not only will our code raise an error explicitly related to the source of the problem, but we also have a very modular way of adding additional support. For example, if we wanted to support a worksheet (for whatever reason) we would want to update the error message, and add just a bit of additional code:

Finally, making these few small changes has a huge impact on the readability/maintainability of the code. Here is the finished product (identical in function):

We get rid of all of those counter variables (opting instead for i and j which are pretty standard). Our other variables are quite clearly named, and everything is what you would expect. As a result if you (however many years from now) come back to the function to add something new, or if it breaks, you can quickly find the source instead of trying to remember what t and y were and why you set t or y to -1 and so on so forth.

Again, highly recommend picking up a copy of Clean Code. The idea of levels of abstraction, functions, classes, etc all can be difficult to understand at first but once you get going your code will become much easier to read.

I really like the OP's concept but I feel that a pseudo Excel Application.WorksheetFunction.TextJoin function should take a ParamArray of mixed data types.

In my implementation I use a combination of a string buffer and the Mid function improve the speed by avoiding concatenating large strings. To test the speed of my function I filled 500K cells with random strings ranging from 5 to 50 characters in length. Using the TheSpreadsheetGuru: Timer I determined that it took 1.95 seconds to create a string of 14,256,557 characters.

I'm sure that by utilizing the lightning-fast StringBuilder that @Mat'sMug mentioned would increase the speed 5 fold. I did not use it myself because I wanted convenience of having a single function do all the work. 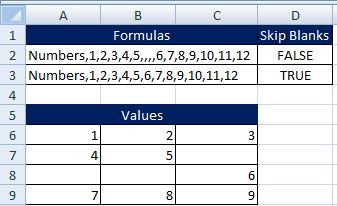 Not the answer you're looking for? Browse other questions tagged vba excel or ask your own question.