Ask Question
Asked 8 years, 8 months ago
Active 7 years ago
Viewed 2k times
10
votes
\$\begingroup\$
Locked. This question and its answers are locked because the question is off-topic but has historical significance. It is not currently accepting new answers or interactions.

I'm learning programming and would appreciate any feedback on my code. I've come up with the below code. The logic works fine but the code itself seems rather confusing to me. Are there some patterns I could use to improve this code?

EDIT: Edited the code above and provided more background information below.

Here is a simplified picture of the application I'm trying to create: 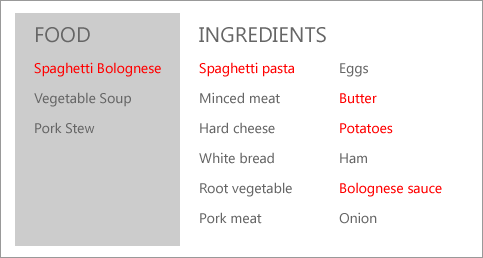 Briefly how the application should work:

The above is basic logic but here is where it gets complicated. There are couple of scenarios I'm trying to handle in the code above (these are independent scenarios):

So to handle these kind of scenarios I came up with two arrays: weNeed and weHave.

P.S. Looking back at my question this has grown into a monster. I'm not sure if the extra information I provided is helpful or even more confusing. I could post the whole code if it helps but something is telling me that dealing with these kind of complex issues on the forum is probably not the right way to do things. I'll be happy for any suggestions.

Druciferre seems to have found a way to streamline your current code quite nicely (I would add that an "is-value-x-in-array-y?" helper function would greatly improve readability, as all the indexOf comparisons make me cross-eyed. A "remove-x-from-array-y" function would also help DRY the code), so allow me to suggest a different tack altogether; more rewrite than tweak. Reading your description, here are my suggestions.

1. Objects for each recipe

There are plenty of ways to do this, but the simplest, most direct one I can think of is:

Anyway, the point is that each recipe "contains" its ingredients. A neat logical encapsulation of data.

2. Use underscore.js (or similar, or roll your own) array functions

Underscore's got some neat array functions. Use 'em. Let's say you have both of the above recipes selected. To get all the ingredients needed, you could do

Edit Changed _.map to _.reduce which is what I meant to write first time around, but somehow messed up.

So now you have an array of all the ingredients needed to cook those two dishes.

Now, let's say you also have an array of ingredients that the user has manually selected and one that contains those that he/she already has (i.e. manually unselected):

Of course, this is me taking a stab in the dark, not knowing the rest of your app. But this, to me, seems like a better approach than manually trying to manage arrays element-by-element.

You have 4 actions, two of which are repeated twice...

That being said, you could structure the logic as follows, and you should end up with the same results. Note that I have not tested this though, so I could have made a mistake...

Not the answer you're looking for? Browse other questions tagged javascript jquery or ask your own question.