I have been a VB developer for couple of years, but strictly using functional programming paradigms — I just started using object-oriented paradigms a few days ago, and want some advice on how to improve.

I'm writing a small calculator application in order to understand VB.NET object-oriented principles. The program is (currently) working perfect the way I've done it (following some books and tutorials), and I want to get some response on how I'm doing regarding following OOP principles, paradigms and practices.

The program flow is pretty simple, and as follows:

The code is mostly done through the main class Cls_addition:

And I have also attached a picture of the form itself: 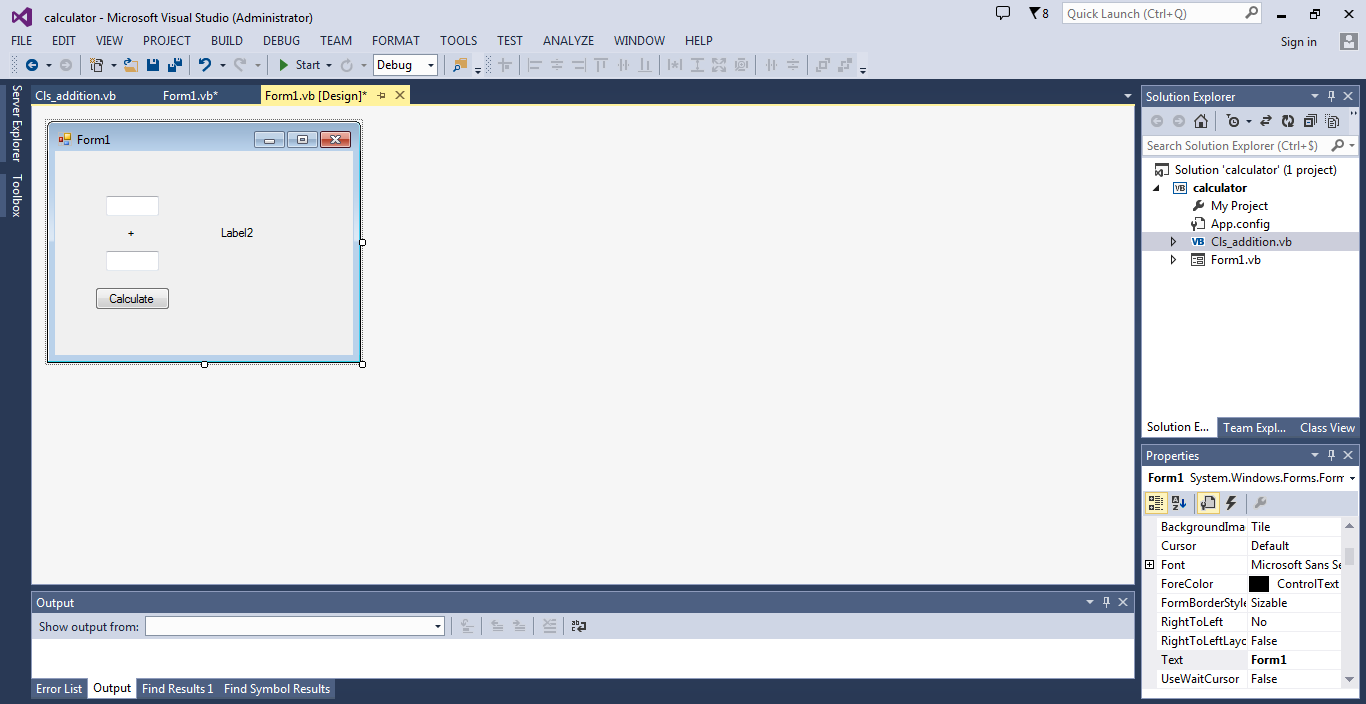 Welcome to the world of OOP — hopefully there are a few things we can teach you. ;)

I'm going to show you an alternative implementation first, to help you see how OOP truly should be used, then I'll discuss your specific issues.

When building a calculator it's hard to effectively build something dynamic, you are always concerned about how things should relate (for example, how do we represent \$a+b+c\$, as \$(a + b) + c\$, as \$a + (b + c)\$, or some other way?), but it's often easiest if you consider each term and operation on it's own.

A term can be any of the following:

What do they have in common? They all have a Value property. So, in order to represent this we start with an interface:

So far so good, we have a ConstantTerm which is just set to a value, so we can now build an AdditionTerm:

But even better: this sets us up for success later when we want to add a SubtractionTerm:

And it also sets us up for parsing things later on down the road. (Since we don't care about values, we only care about terms, a parser just has to define a term as it goes and supply them as arguments to the next term.)

Regarding your specific code, there are a few things to take note of:

Overall, good start, and I hope you continue to learn and improve as you experiment and continue. :)

Not the answer you're looking for? Browse other questions tagged beginner object-oriented .net calculator vb.net or ask your own question.