Computing sum of elements with mutlithreads

I'm reading about multithreads with C++. My code is to compute the sum of elements using multithread approach. The code is

I would like to know if my code can be enhanced more. The comments should be enough to explain the code. Thank you.

So the main practical improvement would be to use a roll. Atomics are very slow if multiple threads take turns in accessing it in clockwise/anticlockwise manner, e.g. like a carousel. Let's define the algorithm:

The process is actually much harder than it looks like. One has to create a vector of std::promises and get std::futures of them, then create small function that would set the future from outside, then join threads ... Well I guess you got the point. This question should help out with that.

Since the algorithm does read-only access on the container, it could be just passed by reference. The master function could schedule the work and then collect the result.

I believe that if the properties of std::vector are not exploited, it doesn't make much sense to hardcode it. Iterators provide powerful abstraction, though they take time to get used to them. Also, they could be used to delegate to std::accumulate, e.g. in the small function it would just call accumulate on range.

I believe the function could be extended without much effort and still retain compatibility and easy of use of original one. Something like this:

So default would still be +, but it could be changed to whatever heart likes. And then instead of using + one could just op(lhs, rhs).

Here is a terrible picture (I made my best at it) 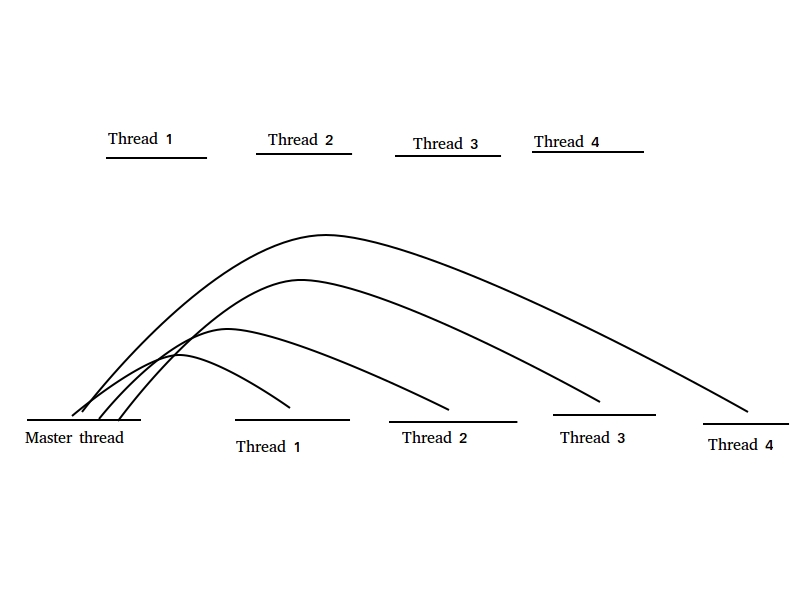 As you can see, the scheduled threads "roll into" master thread to provide the result. That is why I said rolling approach. I don't really know the term for this though.

Not the answer you're looking for? Browse other questions tagged c++ c++11 multithreading or ask your own question.