I'm trying to find the occurrences of strings in view B in a string in table A. However, the performance is horrendous (takes about 17 minutes to run) and I was wondering if anyone had any suggestions to improve it.

Table A has 160081 records and has the schema in the attached image. 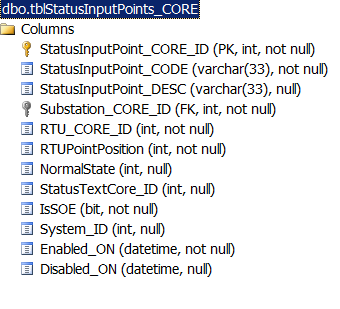 There's also a third table, (Table C) which is largely used to filter the results of table A since I don't need to find occurrences in any of those records.

My rational to solve this was as follows:

I'm at a loss as to how to make this faster. I tried several different methods and join combinations and I can't seem to get it to perform well. I'm not an expert in SQL Server so I don't know all the features.

For clarity, lets say I have these strings in view B

And I have these strings in table A

The result should be this:

I think you could just simplify this with CHARINDEX and CROSS APPLY(). See how this method stacks up in your environment and paste your execution plans if it happens to be slower, if you can.

To give a concrete example, create these tables:

Then this CROSS APPLY() query should be more efficient:

Alternatively, you could use CROSS JOIN: