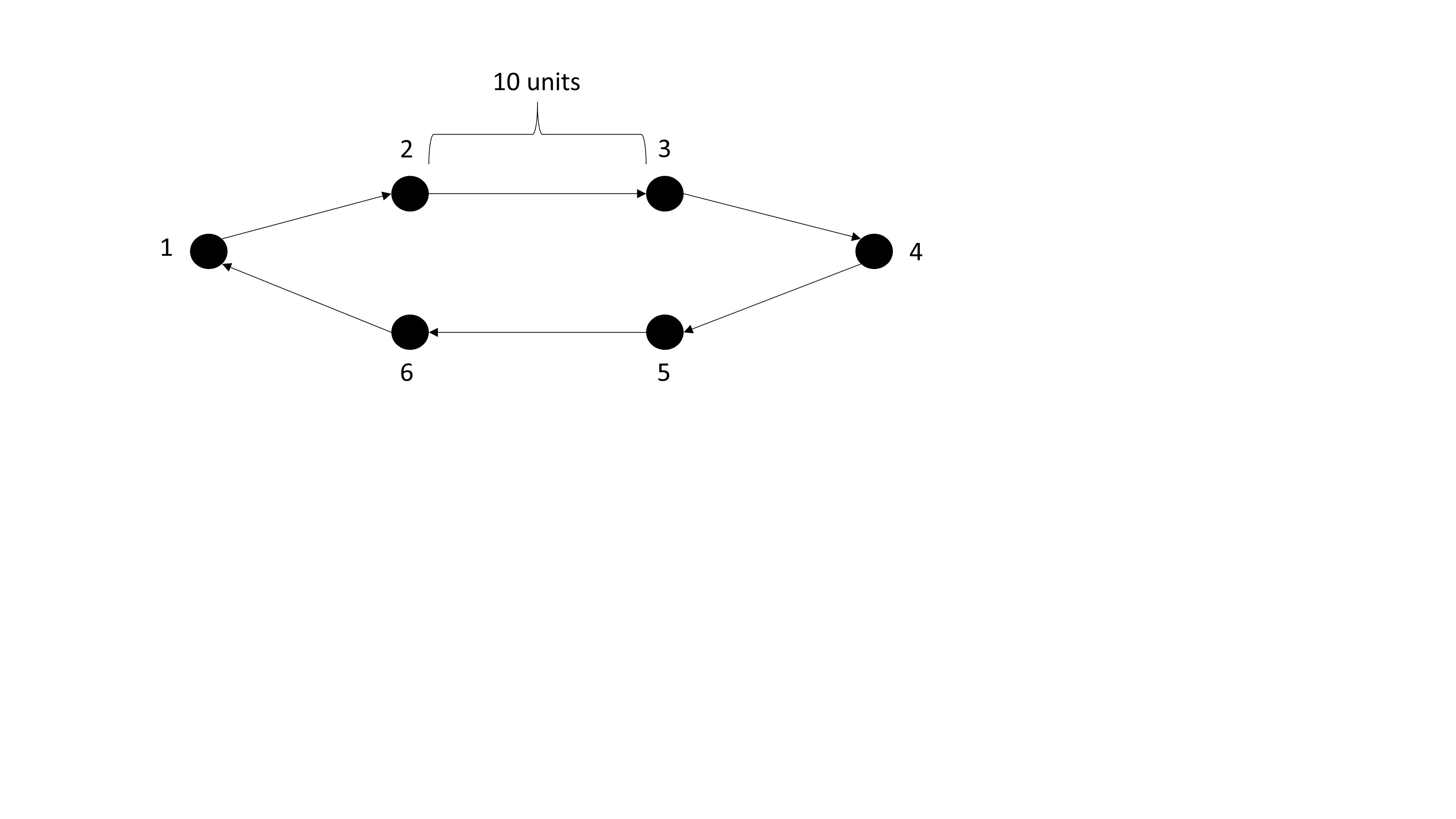 I am simulating a simple bus network (as shown in the picture) using event simulation. There are two buses running (starting at 1 and 4) and the travel time between nodes is 10 units. For now, I used the switch-cases to manage the event. However, if I need to expand the network, it might be very confusing to manage all the events with switch-cases technique.

Is there any solution to improve this code?

Here are some observations that may help you improve your code.

Putting using namespace std at the top of every program is a bad habit that you'd do well to avoid.

Avoid the use of global variables

I see that Clock is used only within main (and Initialization) but it's declared as s global variable. It's generally better to explicitly pass variables your function will need or declare them within the appropriately smallest possible scope rather than using the vague implicit linkage of a global variable. I'd recommend gathering these into a BusSim class instead.

This is very strange for several reasons. First EventLess is defined as a struct:

Second, it has "less" in the name but uses ">" in the code. It would be an understatement to describe this as counterintuitive! Instead, I'd recommend creating a more typical operator function for the Event class:

Use only required #includes

The code has a number of #includes that are not needed. This clutters the code and makes it more difficult to read and understand. Only include files that are actually needed. In this code, I believe these are the only ones required:

Your comment about this design being confusing to manage is likely to be true the way it's currently written. Instead, I think I'd design things a little differently. In particular, I think I'd have a Bus object for each bus. Each Bus would contain its own collection of BusStops. Then I would have the whole thing encapsulated in a BusSim class. If that is done, the main could look like this:

Not the answer you're looking for? Browse other questions tagged c++ simulation or ask your own question.