I made a single player slither.io game. Here are the features:

What suggestions both in game logic and in code structure do you guys have?

(there is only one class)

Here is a photo explaining Slither.io 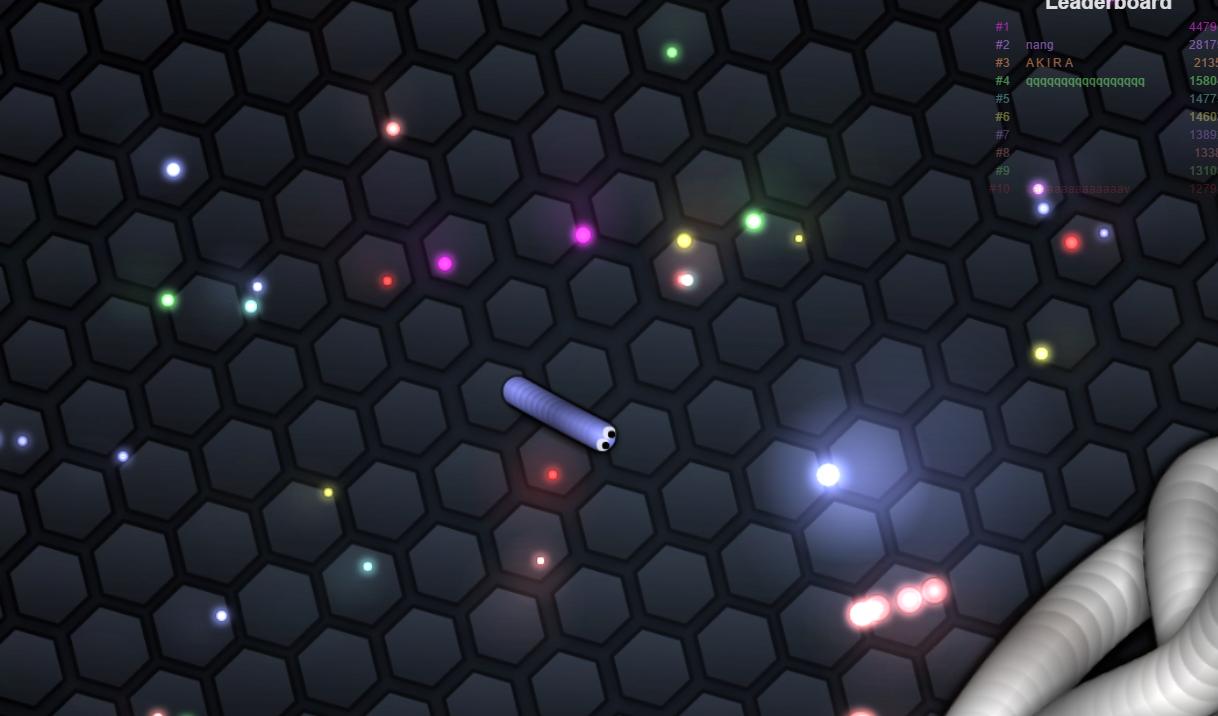 The pinkish dots on the lower right are the remains of a dead snake. You die by ramming your head into another snake's body. You turn into food after you die.

Variables should be private when possible

You should make variables private and final whenever possible. There are many benefits to this. The compiler will warn you when you are not using a field in your code, for example. You also want your classes to expose as little information as possible.

Think about a fixed time step for the game loop

I understand why you are doing this, but if you plan on making more games then I would start learning about a fixed time step rather than relying on Thread.sleep() and multiple threads. I found this that talks about specific ways to implement a game loop with Swing http://www.java-gaming.org/index.php?topic=24220.0

Don't use the type of data structure when naming

There's no good reason not to just call this dots. If you later change this to a Map or another structure, you won't have to go through your code and change the variable name since it would then be misleading.

It's not impossible to figure out what these numbers mean when reading through the code, but the code will be more clear and more self documenting if you use explicit variables for each of these magic numbers. So things like screenWidth, screenHeight, maxFood, eatDistance, etc.

Currently, the logic for the slither game as well as its state are tied together with the way that you render the game and handle input. You should always try to separate your game model from the way it is rendered. You should have a Slither class that contains the information about the player position, food positions, and the rules for how the game plays. Then, each frame the rendering would look at the game model and draw things according to where they are located.

That's all for now! Nice question.

This makes it easier if you want to change implementations in the future.

You already have a field named r. It's somewhat confusing to add a local variable with the same name that does something different. It may be better to rename both to longer, more descriptive names.

This doesn't need to be an object field. You can just declare it as a local variable here and delete the field.

As a general rule it's best to declare variables at the smallest scope that covers all their uses.

Not the answer you're looking for? Browse other questions tagged java game or ask your own question.