B+ Tree Visualization in LaTeX/TikZ

I have written a LaTeX package to visualize B+ trees.

The main purpose is to provide a simple but powerful package which provides a convenient interface.

However, this is my first LaTeX package and I would also like to know where I can do better.

So I'd like to get reviews from these two points of view:

Here's my package code and an example of how to use it.

If necessary, I could also provide an advanced example, but the code is quite long (although most of the lines are explanatory comments).

Advanced example (as mentioned, I could provide the code for this too): 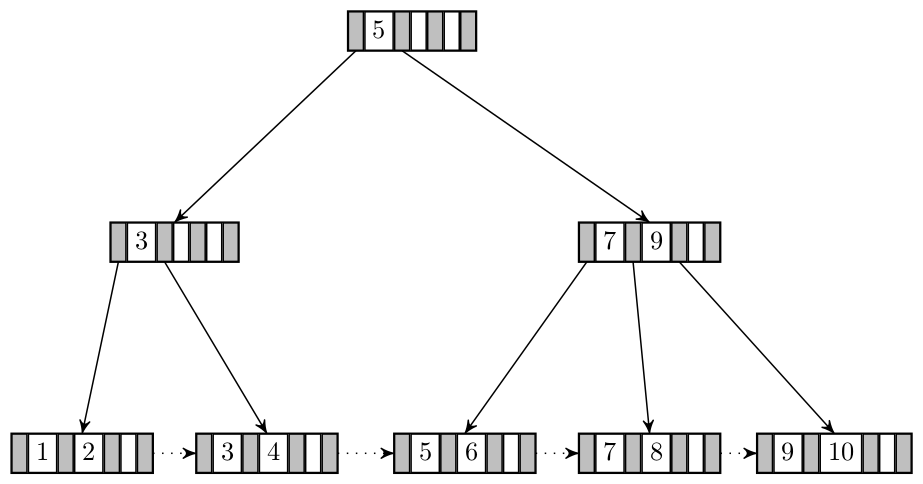 EDIT As this code is outdated and does not compile, I post the link to the GitHub repository in case one is interested: https://git.io/vMiqW

Browse other questions tagged tree graphics tex or ask your own question.