I place various divs on screen by adding random x and y positions successively normalized with this function. My question is, how well is it written? Can I improve it? If so, then how?

I am worried not only about the coding style but also performance since I'm using multiple Math.random()s.

With totally zero context of what's going on and I'm not a math person, why "normalize"? What does "normalize" mean? As a front-end developer, normalize.css comes into mind, but it's not related to CSS. So I'm clueless. If you can give a better name, that would be great.

Also, a more compact way to write this is using a for loop

I place various divs on screen by adding random x and y positions successively normalized with this function.

This is a rather vague requirement, yet the resulting code is quite specific.

I am worried not only about the coding style but also performance since I'm using multiple Math.random()s.

I am worried about if the generated output is actually the desired one. (Are you aware of what this function does?)

Let's start by recaping what Math.random() does by quoting MDN:

The Math.random() function returns a floating-point, pseudo-random number in the range [0, 1)

Basically speaking, that means it's uniformly distributed between 0 and 1 with every value in between equally likely.

Now what happens if you add multiple such uniformly distributed variables together as you do with variable x?

Figure 7.6 of this pdf from Section 7.2 (page 15 in the pdf, page 299 in the document) shows the density function of the sum of n such random variables: 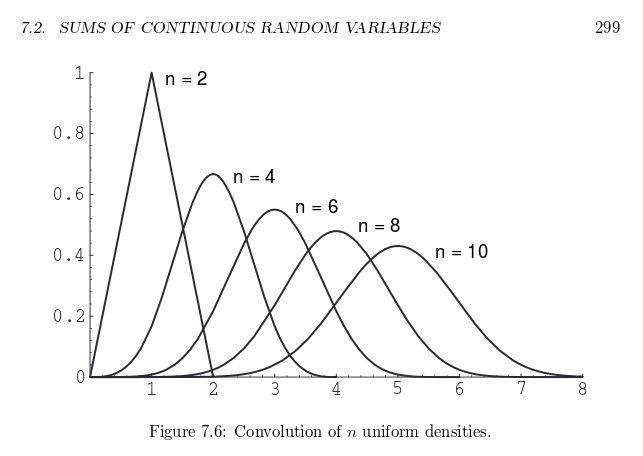 The X-axis shows what values are possible and the Y-axis shows how the probability is to get this value.1 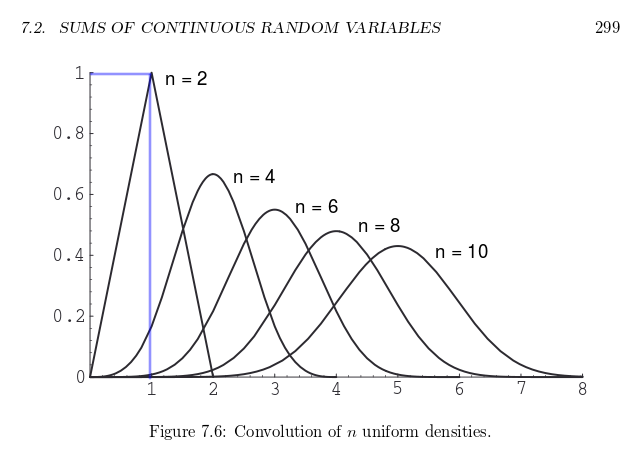 On top of that, you do the normalisation of (x / n), which squishes all the curves in the plot into the interval [0, 1) on the X-axis and does indeed normalise the range of possible values. I allowed myself to retrace two of the plots: 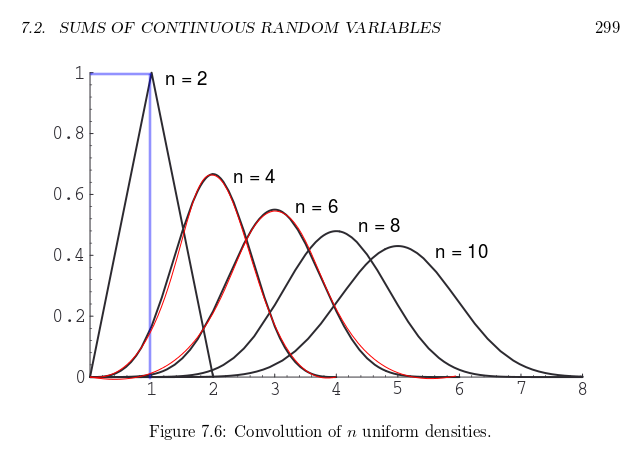 and to normalize them by scaling each one into the interval [0, 1): 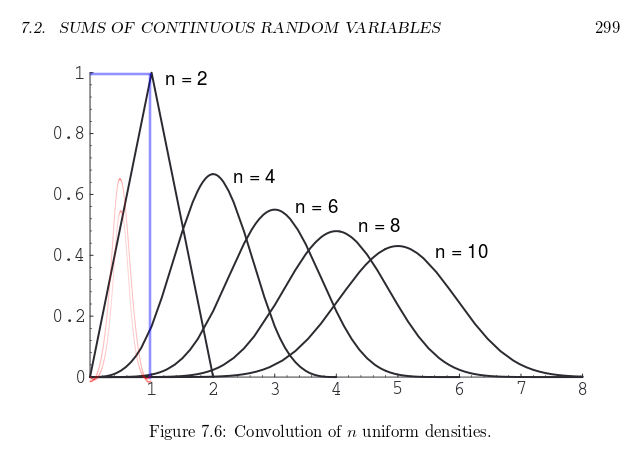 ignoring my mad image editing skills, it looks like both plots are pretty similar now. They both have the peak in the middle. Sure, the first one has a higher peak, but that doesn't make them much different: both probabilities will produce values near their peak with a higher likelyhood, which is in the middle for both of them.

So far it looks like the several calls to Math.random() create very similarly distributed random variables.

I created the above plots for all n up to 10 with this piece of octave code:

I work in the interval up to 1000, but qualitatively, the plots that plot(plots) yields are the same as what you see in the plot above: 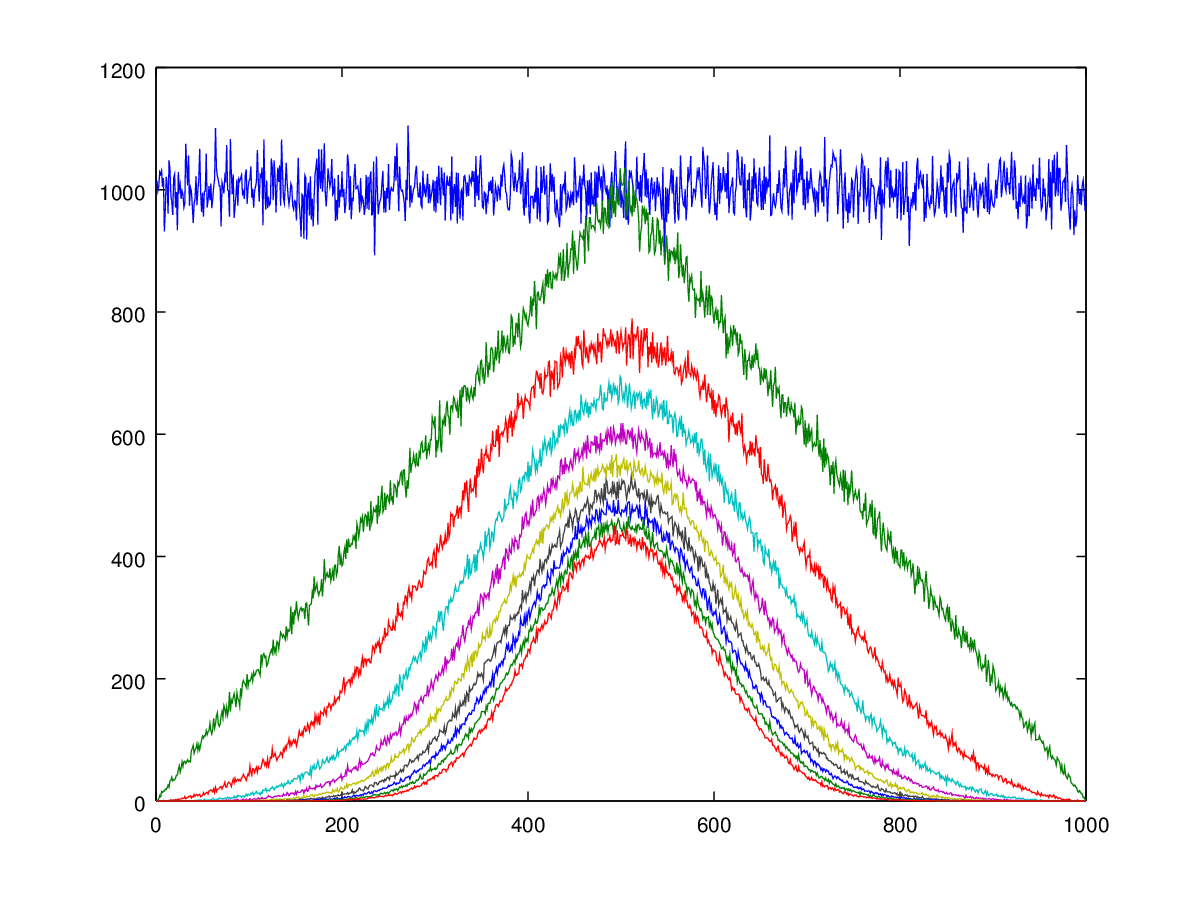 I wouldn't go as far to say it doesn't make a difference what value n has, but considering how little the distribution changes for the cost of another call to Math.random(), I don't think it's worth it.

The parameter n is also kind of meaningless. I say it's impossible to predict a certain outcome given a certain value for it. It's more like a knob that has to be adjusted by trial and error until desirable values are obtained.

1 Strictly mathematically speaking, this is horribly wrong. But for the intuitive understanding, it's perfect. Sorry math nerds.

Not the answer you're looking for? Browse other questions tagged javascript performance random or ask your own question.