I recently submitted the code for this for an 2 hour interview but I was rejected.

The app shows book information with a image, title, and author. Each entry has a title but some entries have no image and/or author.

Here is a screenshot: 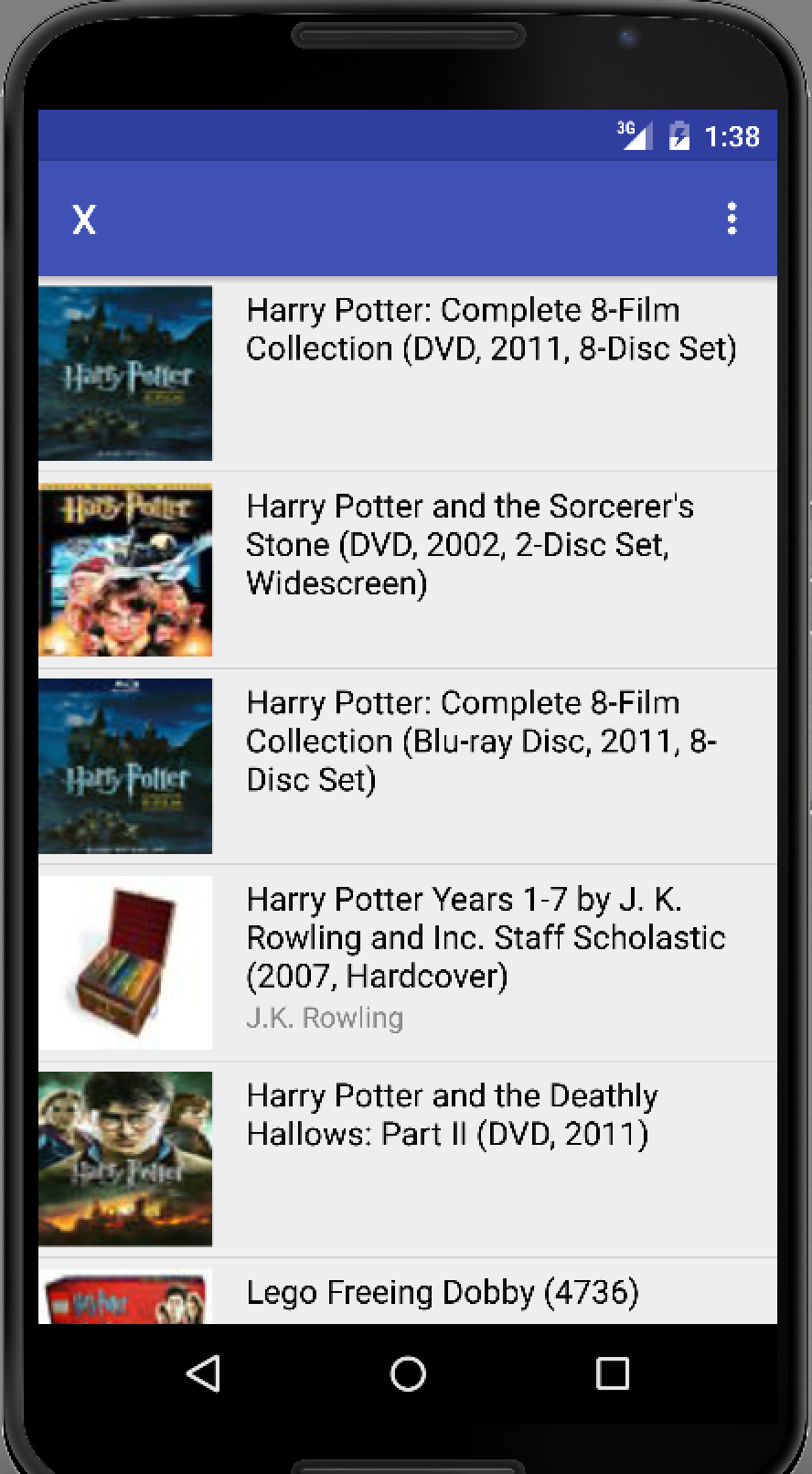 I was given this feedback:

There is a lack of proficiency from what we would expect, specifically the data side. We saw inconsistencies with structure, style, and spacing, as well as, some deprecated code (Though addressed in your review).

Of course, no response was given when questioned, so I'm here. Please review my code. If possible, please tell me how to improve it. To be honest, I don't think it's that bad as to reject me as the app fully works, but I don't really know what they were looking for.

Here is my relevant code:

This is either because you took code from somewhere else and did not adapt it, or your formatting is inconsistent. It can be fixed in almost any code editor with a simple command, and there is no excuse for not using it for code submitted for an interview.

I see two main problems: the organization of your code and the lack of an object mapper library.

You have got a single getBooks() method, that does everything. Creates a network connection, fetches the data, tries to parse it, ... That method is too long and all over the place. Your methods should ideally do one thing only.

You should have one method to just get data from the internet. Give that method the URL as a parameter and have it return a String, or throw an exception if something went wrong. Later, if you want to extend the application to get something else from the internet, you can reuse this method, instead of, say, duplicating all the code to another place. Even this method could be split to two: initializing the connection and getting the data. This way you'd later, again, have a reusable method when you need to post data instead of getting it.

OK, so now you've got a String with some JSON data. Currently, you parse it using a JSONTokener and such. This yields a lot of code that's lengthy and unreadable, as well as error-prone with misspellings and missed null pointer exception possibilities. You also need to change a lot of code if the structure of the JSON changes. Enter object mappers.

Object mappers serialize and deserialize data from and to objects. There are a lot of options, but Jackson and Gson are among the most popular ones and would both be excellent choices. With Gson, you'd deserialize a single Book object like this: Book book = new Gson().fromJson(jsonString, Book.class); -- and that's it! Magic, huh? Gone are all the individual getString("title") calls and null checks. It's really that simple. Deserializing collections isn't much more difficult either.

So, that's what they meant when they said there's a lack of proficiency at the data side. Of course, you should've formatted the code too, since it's just a single shortcut in any IDE, but that would not have saved you.

PS. Basically your getBooks() method should look something like this:

If you're going to use comments, don't just duplicate what's already said in the code. If you think a part of code needs a comment, stop for a second and think: is the code hard to understand? If it is, you should primarily refactor it into something that's easier to understand: extract a method, or introduce or rename a variable, or use some appropriate pattern.

Not the answer you're looking for? Browse other questions tagged java android interview-questions json or ask your own question.