Storing data in the pixels of an image

I've recently redone something I wrote around a year ago since I'd done it wrong (it required the original image to decode an imagine, which can be avoided), so I'm wondering if I could either get feedback on the style of writing, or on which bits can be broken, since I've tried to make it fairly robust. The idea is to store stuff in images by modifying the pixels, so you could send files over image hosts and stuff like that.

First off, I tried following that 72/80 line thing for the first time, and had to do some not so nice cuts/renames, especially with the list comprehension bits, so that's why a lot of stuff is split over multiple lines.

The one bit I'm not so sure about is the Imgur authentication. Since user accounts get a 4MB upload limit and anonymous accounts get a 1MB upload limit (and this obviously requires all images to stay as PNG), I've kind of forced the code to use an account if upload is enabled. If it is not the users account (there is an option to authenticate your own account), it'll just upload to a default account I set up, where the pyimgur.Imgur client is un-pickled from a string. If you successfully authenticate, it'll use your account instead until you use imgur_auth = False, where it'll reset it.

So, as to the actual code, if you input an image to write over, it'll calculate the minimum bits it can use to store the required data. The first red value will be used as a header, then the data will be split and replace the last few bits of each colour in the image. This goes up to 7, then after that at 8, there is no point in keeping the original resolution since the original image would exist no more, so it just reverts to as if you never input an image.

If the bits per colour is below 8, you need to get the last n bits of every single colour, join it together in one big string, then split every 8 characters.

Also, because I poorly implemented a default settings class last time, I got a config file working this time. I initially did it with ConfigParser, but got loads of bugs, so I just wrote a new thing from scratch based off it.

Requirements: PIL, requests, pyimgur, UsefulThings (dropbox link)
UsefulThings is just a group of functions and stuff that I can reuse elsewhere so this code doesn't get messy with non related stuff. Link to it here, you can just copy the functions into the code then find and replace 'UsefulThings.' with ''.

Here's some examples of usage with the output to show how long it takes.

If you run this image through the code and save the data with a jpg extension, you'll get a 1080p leafy wallpaper. It needed 5 bits to store the data, so it's dropped the quality quite considerably, normally it's not really noticeable. 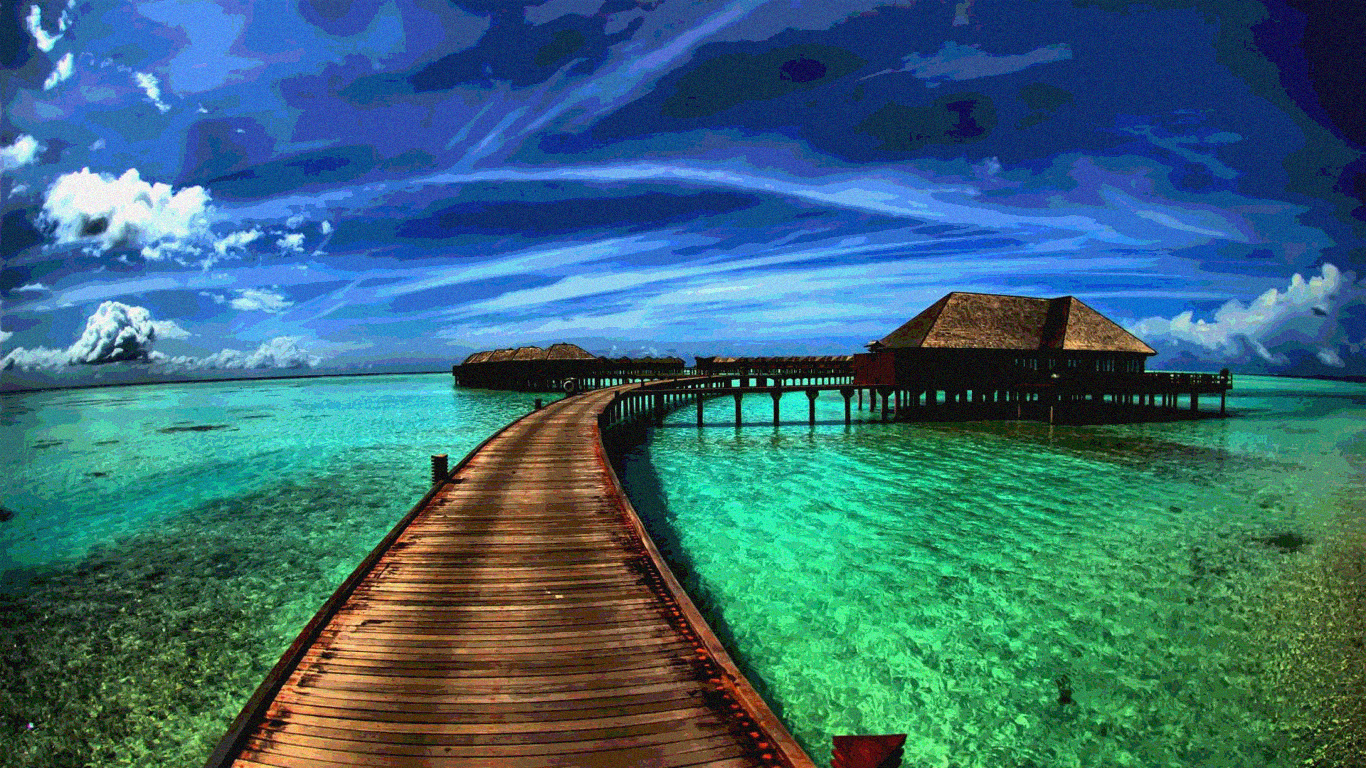 Link to the latest version is here.

In short, your class is too big. Try splitting it into two or three classes, Steganography, Imgur and URLOpen.

Making Steganography it's own class is a must for this program.

First off, I tried following that 72/80 line thing for the first time

It's really good that you done that. For your strings say encoded_client. You can use operator-less raw string concatenation. Also if you don't like on delimiter lining you can use an alternate.

I think that looks nicer. And now you don't have to care about concatenating them.

As for your cuts/renames. I personally would say that that good variable names are better than 81 characters in a line. However normally you can do something to achieve both. First, there is normally a problem if you are indenting more than say 5 times. You could probably re-factor the code into two or more functions.

As for very long comprehensions I think splitting them into multiple lines is very good. And you do that for the most part.

The above is what I find. I know that I use the former more than the latter, but I find the latter easier to read, and if my_list was a generator, then you could easily merge them together.

My preferance on API's

This is way more customisable, and allows me the end user to have more control over the system. If I don't want to upload to Imgur, as shown above, then I don't. If I don't want to download the file, I don't. If I want to encode it, then I add a function to do that. While this will make a harder to understand main, it's better that way as then your code is easier to maintain.

Lets say I use none of the protocols 'http', 'https' or 'ftp', but I have a way to use some other protocol, and can get the image into a PIL image. Can I use your program? Not really.

Some of your error messages are not descriptive, and can be taken as rude.

'well done, you just broke the laws of physics'

Changing that to 'message too large for image' is better.

Also you should do the check before encoding the data... We might be 'dumb', but we don't want our time waisted.

You have a lot of noise surrounding all your code, and so I don't fully understand it.

But I would really recommend splitting it into functions. You could probably make the functions:

But not only that, you could probably make some smaller helper functions too.

How I would implement the encoding

But if I were to implement your encode function, I would take message, image (list) and bits. I would then do binary logic to get the numbers. You could possibly get a faster system if you store the numbers inverted.

If you were to link this up with PIL to get proper encoding and decoding. Then you force the user to pass a PIL image, then you could drasticly reduce the complexity of your program.

So I would say that it's safe. But I would put a check on the size of the bits.

Also slap PIL onto this and put it into a class and then you have half your program in almost no lines. Where you could encode or decode any image.

Then you just need to get a couple of functions/a class to make the Imgur and other web aspects of the program. And it should be much easier to read.

Performance wise the above is the best I could get, but I didn't experiment too much. My speed test and results.

As we talked a little more about your code. It seems that you don't know how you should split your code up. What should a class do, what should or shouldn't be in one, etc.

As your program is very large, we want to minimise the amount of arguments into your function. And you should really aim at removing some aspects of the program from the main class.

As the end user may just want to encode a list, and use something other than PIL, you would want to give them that option. I know that I wouldn't really use the Imgur part, as I have no need to upload to Imgur when I have enough storage here. But others may want to. To be honest I like when the end user can use an API as if it's just like using a Python one. Simple, clean, and nice to read.

So this is way more verbose than the way you have it at the moment. However, it is much simpler to read, understand, modify and use.

There are 6/7 variables that will change on an end user using the entire of your program. However this does not mean that it's perfect to go in a function! You can't imagine all the different possibilitys that the end user needs, however you know how to write a function to perform a type of steganography. And so your class should only contain the information to do that.

In the above there is only two functions that aren't defined. Steganography.generate_header and Steganography.encode. I already put how I would make the encode, and I'm sure you know how to implement your header. However the last bit could be put in a function, make_image below.

If you re-write your code with only this input, no global variables and to work in the example above you will have easier to maintain code. There will no longer be any noise in the hardest parts of the program. And should also be small like the examples I gave above.

There is quite a lot of code to review, so I'm sorry if I miss out on the details. However let us give it a go, and give you some comments on the style and code of your solution.

In general I like the idea of yours to store extra data in the lower bits of the image data. I would possibly be a little more strict and not allow the entire image to be replaced by data, but that is merely a point of view. However there are some other code aspects I would like address:

Not the answer you're looking for? Browse other questions tagged python image steganography or ask your own question.