Just to reiterate my prev. post, as I think it helps structure my weaknesses.

I submitted the following code as a solution to Project Euler's #12. It's extremely slow, running in mean 7.13 seconds over 100 trials (I think; just using other submitted solutions as a benchmark. It seems as though solutions <1 seconds are generally decent.)

The code for the factors function was borrowed from here.

python programming-challenge python-2.x
Share
Improve this question
edited May 23 '17 at 12:41

Itertools is a seriously overpowered module in the Python stlib, so use it as much as possible, for example the following:

For those unfamiliar with itertools, either this:

or just flatten can be used.

Also, manually incrementing in a while loop should seriously be avoided, use itertools.count:

(i is usually used as a loop counter)

should be written as return sum(range(n)), but there is a fast O(1) formula for it.

This is an addition to Caridorc's answer.

In your case, however, there's a much more serious problem. You've got a Shlemiel the painter's algorithm!

When you write reduce(list.__add__, list_of_lists), you're essentially writing list_1 + ... + list_n. Python will evaluate this as follows:

Do you see the problem? This code is quadratic in both runtime and memory usage. 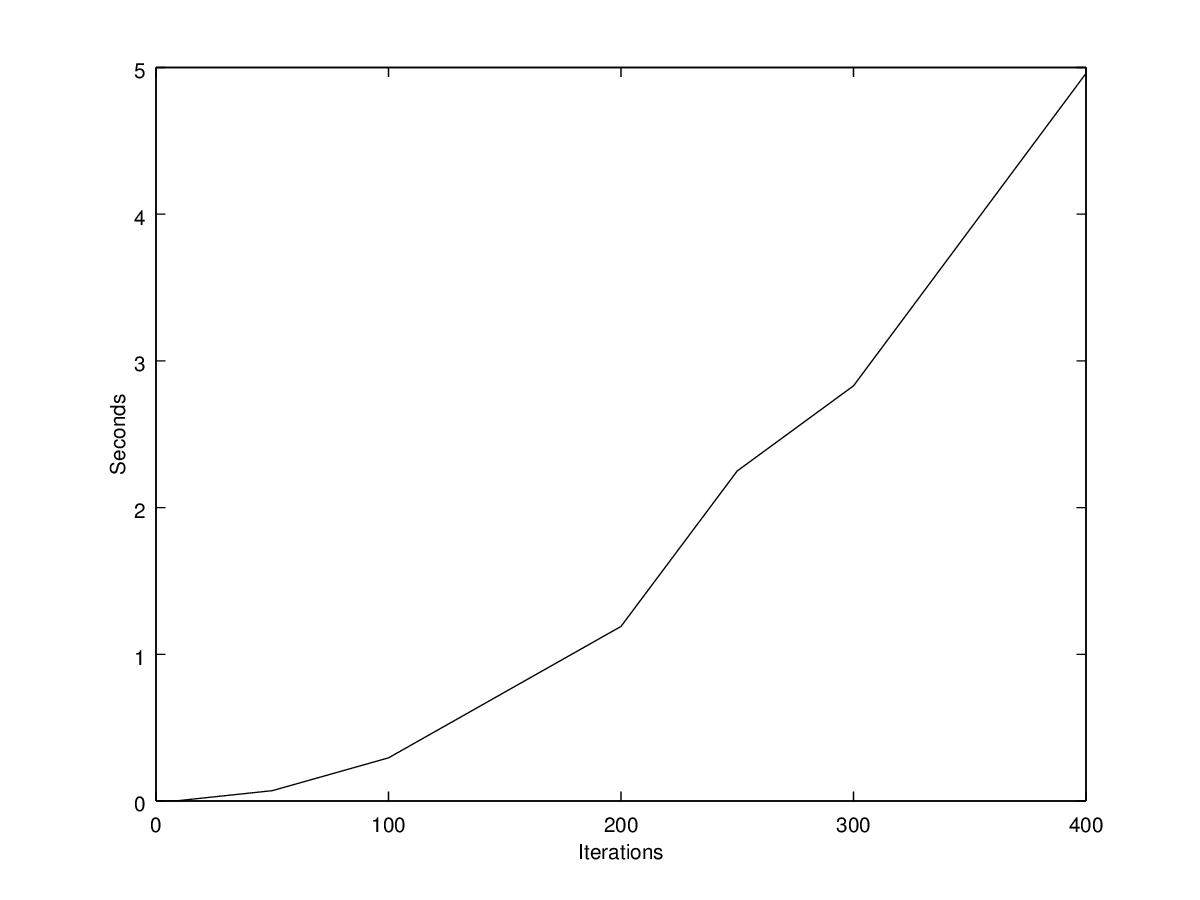 This definitely looks quadratic, and the coefficient of determination is R2 = 0.99655, which indicates an extremely strong correlation.

When we instead use

the time for fast(500) is just 65.8 ms instead of 7.42 s. (This shows that it is indeed the Shlemiel factor and not just large lists that's causing the slowdown.)

So, tl;dr, yes, use iterators—but make sure you know why!

So when use reduce?

Just a review of what reduce does for binary operators:

This is extended to general functions as follows:

You should use reduce when you want to write code that looks like either of the above examples. Basically, reduce just saves you a loop.

Conceptually, you use reduce when you want to collapse a bunch of things into one value.

It may help to think of reduce in comparison with its other core functional operations:

Before noting some examples, it may be helpful to realize that some operations from __builtins__ are just reduce under the hood. For example:

I don't use reduce all that much in Python, but you should definitely know when to use it.

In it's current state, it's hard for me to realise what factors is doing. The name indicates something, and I see it returns a set. So I'd assume that you're getting factors from n but your code is complicated and inscrutable to me. You should add a docstring explaining the basics of your function.

It doesn't need to be extensive but a clue about implementation is useful.

triangle_number is also unclearly named, because what it returns is just a sum of numbers up to n. If triangle_number is a particular mathematical or programming concept, you should note that (though you don't need to explain it for people, they can look it up themselves). In this case I knew as you linked to the challenge itself, but bear in mind that the code itself shows no such association.

Except (as Caridorc pointed out) since you literally just want the sum of all the values, you don't need i for i in. You can call sum on a list directly.

Simple maths #3: If you implement #2 you run into the paradox that numbers with many large prime factors take long to factor, but don't actually have many factors. So you are wasting a lot of time for numbers that cannot possibly be the solution. You are looking for a number with 100 factors - so you don't care whether a number has 2, 3, or 4 factors as long as you know it's nowhere near 100.

When you calculate factors, you usually divide the remaining unfactored number x by divisors up to x^(1/2). Instead, divide by divisors up to x^(1/3). If no factor is found, you don't know that x is a prime, but you know it is a prime, the square of a prime, or the product of two primes, with at most 4 factors. Then you calculate whether your number has enough factors if x has 4 factors (the max possible). And if not, then there is no need to factor further.

As an example, if you examine the n-th triangular number for n around 1 billion, if n is a prime or the product of two large primes you don't need to check divisors up to 31,000 but only up to 1,000.

Keep in mind that the same problem comes again later in the Euler series, but with much much larger numbers.

Not the answer you're looking for? Browse other questions tagged python programming-challenge python-2.x or ask your own question.