I have built a Caesar Cipher in Ruby that utilizes ASCII for the encryption. I am not sure whether or not this was the best way to go about the task but this way made the most sense to me. Please give me any feedback that comes to mind.

Your code is one block, one piece of code that goes from start to finish, mixing logic and user-interface. While it works (Great!) this is sub-optimal for readibility and maintanability.

I will now show you what I think is a more readable approach. (The concept is the same, but this code will behave a bit differently than yours. Adapting it to your needs is left as an exercise for the reader).

This code imports an automated testing framework I wrote, inatalling it is as easy as gem install arrow_test in the command line. Automated tests run in milliseconds to verify the correctness of your code.

The alphabet. Note that UPPERCASE means that it cannot be changed. It is a constant.

Example usage that doubles as tests, you may change them to see what happens.

This is a function, takes an input and has an output, It applies the Caesar cipher logic to a single character. The modulo operator % makes it behave like the alphabet is a circle. You may see the example with z.

A short phrase of description and a pair of tests like the other function.

Here I discard the non-lowercase chars, (select line), and apply the shift to each char (map line). chars and join are just to go from string to list and viceversa, not important. Seeing a 'flowchart' of the code may help understanding. 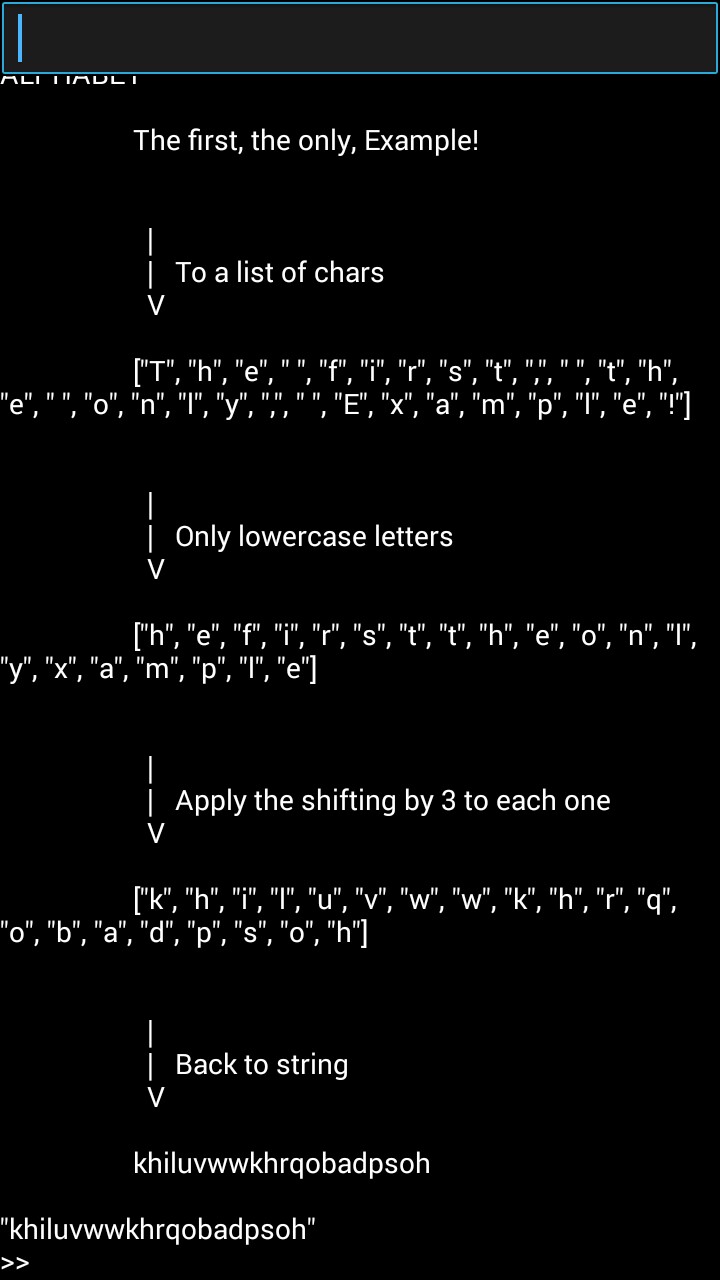 And this is all, try it with:

Now user interface and logic are separated and the logic is tested. Feel free to ask any question

Not the answer you're looking for? Browse other questions tagged beginner ruby caesar-cipher or ask your own question.